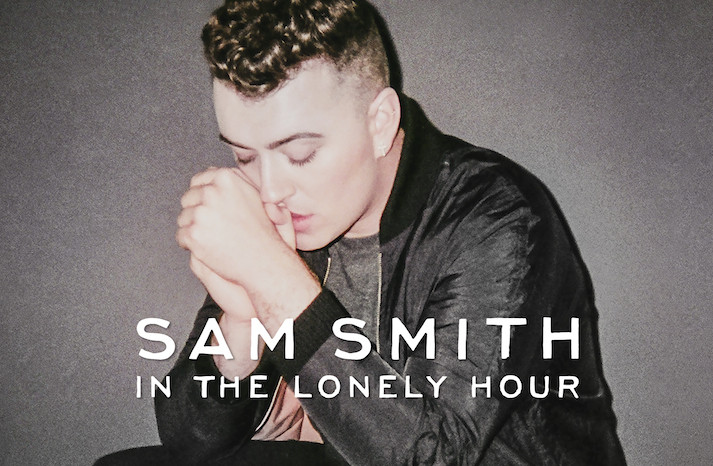 After his debut album “In The Lonely Hour” opened at No. 1 on the UK Album charts earlier this month, Sam Smith’s first offering slides into the No. 2 position in United States in its first week. While the British crooner’s soul album sold 102,000 copies in the UK, Smith’s first release collected 165,966 album copies in the U.S. According to Billboard, his first week sales became the largest opening numbers for a solo artist’s debut album since November 2012.

Michael Jackson’s and Mali Music’s album reside in the top 20 of the Billboard 200 this week. Jackson’s “Xscape” album pushed 15,434 units last week, which in turn helps his post-death effort secure the No. 17 position. Meanwhile, soul singer Mali Music released his major debut album “Mali Is…” last week. The 12-track set sold around 17-18k in its first week, according to Hits Daily Double.

Without much promotion, the “Think Like A Man” soundtrack by Mary J. Blige debuts at No. 30 after an embarrassing 8,668 album copies in its first week.

John Legend’s album “Love in the Future” continues to sell — not much — but still sells. Landing at No. 36 (last week: No. 41) this week, the exceptional singer’s fourth studio effort tallied 7,453 copies sold. His full-length project sales equal 545,938 since September 2013.

Sam Smith is on a roll in the U.S. After scoring a top five album on the Billboard 200 with “In The Lonely Hour,” the British artist’s single “Stay With Me” becomes a top five record after climbing five spots from No. 10.

The hype behind Pharrell’s single “Happy” has seemed to fade out. His single now stands at No.10 after (last week: No. 8). The global superstar’s second Hot 100 entry “Come Get It Bae” rests at No. 80 for another week.

“Not A Bad Thing” by Justin Timberlake decreases three positions to No.16. The song has peaked at No. 8 after 17 weeks on the chart.

After spending 13 weeks atop the chart, Pharrell’s feel-good single “Happy” gets overthrown to No. 2 by Michael Jackson’s Justin Timberlake assisted-track “Love Never Felt So Good.”

Kelly Price’s “It’s My Time” remains at No. 4 for another week.

Congratulations are in order for Joe. His smooth duet “Love & Sex (Part 2)” featuring Kelly Rowland enters the top five at No. 5 this week. Meanwhile, Robin Thicke’s remorseful tune “Get Her Back” remains at No. 7 for a second week. Meanwhile, Tank’s “You’re My Star” rises from No. 9 to No. 8.

Trey Songz’ latest adult contemporary radio single “What’s Best For You” moves up three spots to No. 15 in week three.

“Run” by Marsha Ambrosius runs to the No. 16 position after spending last week at No. 19.

Sam Smith’s warm ballad “Stay With Me” hops one spot into the top 20 in its seventh week.

After eight weeks on the chart, Jason Derulo’s Snoop Dogg assisted single “Wiggle” makes it to No. 3 point.

Tinashe makes her presence known this week on the Rhythmic Songs chart. Her single “2 On” featuring ScHoolBoy Q bounces three spots into the top five where it lands at No. 4. This feat knocks Justin Timberlake’s “Not A Bad Thing” from the No. 4 position to No. 7.

This week, “Good Kisser” by Usher puckers up one spot to No. 14. Meanwhile, Pharrell’s bubbling new song “Come Get It Bae” increases two positions to No. 18 in its fifth week.

In its respective order, here are the top five R&B albums among R&B acts.