Looks like Keyshia Cole isn’t the only Love and Hip Hop: Hollywood star releasing new music! Fellow castmates Brooke Valentine and Teairra Mari have released some singles of their own.

For Valentine, it’s “Now,” a laid-back, mid-2000s like track that has her confessing her intentions and desires for her lover.

“So emotional when it comes to you/All you gotta do is say that you’re ready/Whatever you wanna do leaving it up to you/Say the word, I’m so ready,” she sings.

The Yonni-produced cut was written by Shasha Jones and Valentine herself. This is her first release of the year. Listen to “Now” below.

Teairra Mari’s new song is the bass-heavy “Bad,” which is an ultimate kiss-off to a negative relationship of the past.

Originally scheduled for an October release, “Bad” is Teairra’s first release of the year. The fourth season of Love and Hip Hop: Hollywood currently airs Monday nights at 8/7c on VH1. Listen to her new single below. 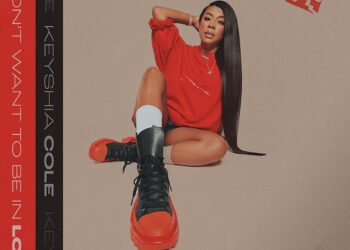