Exclusive: Melanie Fiona on Her New Album ‘Next Train’ and Adapting to the Streaming World 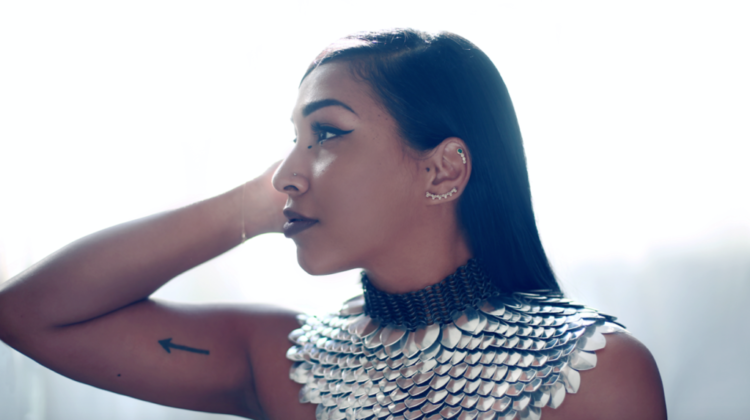 Around this time in 2012, Melanie Fiona was promoting the release of her sophomore album, The MF Life. The album would become well-received by fans and critics, debuting at No. 7 on the Billboard 200 and earning Fiona a Grammy nomination for Best Traditional R&B Performance for “Wrong Side of a Love Song.”

It’s been six years since the Toronto native dropped The MF Life. Although the album is a timeless body of work, fans are ready to hear new material; Fiona is too. “I’m not going to let another year go by without the album coming out,” she tells Rated R&B. “I’m really anxious to get this music out.”

Fiona has been crafting her third album (originally titled Awake) for a few years now. In 2015, she dropped two tracks — the Caribbean flavored song “Bite the Bullet” and the socially conscious track “I Tried.” As the creative direction evolved, Fiona renamed the album to Next Train. “I feel like Awake has just become my lifestyle and not my album anymore,” she explains. “I didn’t want to kind of limit it to just one moment in time.”

Instead of focusing on a specific period of her life, which she doesn’t knock other artists who do it, she prefers to make her project more evergreen. “I’m still performing music from my 2012 album and my 2009 album,” she says. “I feel like it’s always about a classic, timeless conversation.”

Fiona’s current single “Remember U” hits home for anyone who has been in a relationship. The reggae-influenced song is about an ex-lover who tries to come back in someone’s life after doing them wrong the first time.

“I can’t, fall back in love again / You broke this simple heart / That used to beat for you my friend / And I say that you’ve got some nerve just to come back and say that you’re sorry,” she sings on the raw track.

Rated R&B caught up with Fiona about Next Train, how she is adapting to the streaming world, who she salutes for Women’s History Month and more.

Why did you change your album title from Awake to Next Train?

When I was putting the finishing touches on the album and started deciding what songs I wanted to put on the album, one of the last songs I recorded was a song called “Next Train.” I looked at all the songs I put on this album and I was like, “It doesn’t feel like ‘Awake’ anymore because now I feel woke [laughs].” “Next Train” was the last song I recorded for the album and that came with so much strength and so much power. It felt like a collection of songs that became about reflecting on where I’ve been to move forward to be where I am now. The songs are very truthful and it just felt right. Train…I think of steel, moving, progress and destination. It’s a journey and that just felt more present to who I am now.

You released a couple of songs in 2015, “Bite the Bullet” and “I Tried.” Did they make the album?

“Bite the Bullet” is on the album. “I Tried” is not on the album but it is out and people still love it and listen to it. I just felt like there were just so many other records that I have evolved from.

What was it like working with Top Dawg Entertainment artist SIR on your album?

Listen, that’s my brother. When I started working with Andre Harris, SIR was in the room of his house. He was just this quiet dude sitting on the couch. I sat down and we started rapping and we wrote “I Tried” right there on the very first night we met. I just remember feeling that I had found a new musical counterpart. This was before he had released his new album. I just have admired his work and his talent since 2013. He’s someone very special and just naturally gifted. He really helped bring out a different side of me in the writing process.

Who else did you work with on the album?

The features are still to be determined. On the album, I have worked with Sebastian Cole, Carmen Reese, Lil Eddie, Jerry Wonda, Jack Splash, Andrea Martin, etc.

Do you have a release date yet?

I don’t but I’m going to say this year, for sure. I’m really excited to reveal more elements of the album before it comes out.

Speaking of getting music out, how do you feel about Best Buy’s plans to stop selling CDs in its stores?

It’s interesting because historically a lot of my album sales are physical copies. I think that I attribute that to the demographics of people who do go out to buy CDs and who do buy tickets, which I’m so fortunate now. I think what’s happening is that quickly, since 2012 to now, there has been a huge shift in how people consume music. It’s very digital. I think that is something that will be missed — having a physical copy and signing CDs…having the artwork and people having something tangible. It’s something really special but time has changed.

Streaming has clearly taken over. Do you feel any pressure now to focus on streaming rather than physical sales?

It’s definitely become something that’s at the forefront of my mind for sure, especially in this time now and getting ready to release new music — seeing how instant your data is, your reach is and how instant the plays are. It’s crazy. I feel like there’s so much pressure. Everyone’s so judgmental based on this statical data. I try not to get caught up in that. I was even shocked to see how many people actually follow me on Spotify with no music out in six years. I’m looking forward to playing in this landscape. There’s an upside to it, you know? You can just upload it right away and get the music to your fans immediately. I love that instant correspondence with my fans. I don’t want this shit to stress me out, ever. I love this too much and I don’t ever want it to become a hindrance because things are changing.

“It Kills Me” has over 25 million views on YouTube…

They’re watching. They’re there. People have been discovering my music for so long and that’s the beautiful part about it. There was a time when you had to rely on the radio to hear a song. If your song came out in 2009, it lived and died by 2011. Now with streaming people can go back and find your whole catalog of music. I think there are so many songs people haven’t discovered because they were only focused on what radio exposed them to. [Streaming] gives all my fans and new fans the exposure to all the B side records because those are the joints. For me, the ones that never see radio are the ones I’m excited to perform and have people discover.

What are your top three non-singles to perform?

I don’t think it was a huge single but “A-yo” is one of my favorite records to perform off The Bridge. I love that record so much. “This Time” was a single but I wouldn’t put it up there with “It Kills Me” or  “4AM.” And then there’s a song called “What Am I To Do” and “Rock Paper Scissors” off The MF Life that are so fun to perform because those are fan faves.

Toronto is bringing a new wave of R&B acts like PARTYNEXTDOOR, Daniel Caesar, and Dvsn. How does it feel to see a new generation of Canadian singers making a mark in the U.S. market?

I am so proud because I know how it was when I was doing it and what that struggle was like; that struggle is not as heavy anymore. All of those people in which I know personally still live in Toronto, which is beautiful because that means that the world is coming to them and they don’t have to leave to go to the world anymore. Shout out to Drake, really, who changed the game because nobody was checking for us hard until he came along. That’s a longtime friend of mine and he broke the stigma.

How has motherhood changed you?

It’s kept me so busy [laughs] because now I have to think about what time I need to be back to put the baby to sleep — no longtime late night studio sessions. It’s a balancing act but it has enlightened and enriched my life so much more than I could’ve ever imagined. It just makes me feel complete and I want to continue to create so he can be inspired by that.

What else is on your mind right now?

I can talk about so many things [laughs]. I just think that the future is bright. Something that I’m really looking forward to is using my voice this year — not just musically — but socially, emotionally and consciously to inspire people on many levels. I’m really living the motto these days: “I have to live to give.” I just feel like we’re living in a world right now where people can be so consumed with self that they forget that you have a responsibility when you have a platform. It can’t just all be self-serving and so that’s kind of my motto and my approach to 2018… to live to give and to create and aspire to inspire.

With it being Women’s History Month, who is a woman who inspires you?

Lauryn Hill. I just identify with the lyrical content, the approach, the awareness, the level of artistry that she created by breaking boundaries and being like “No, I can do all this. I can rap, I can act [and] I can sing.” She was everything. Shout out to Lauryn Hill to leaving a legacy from one album that we’re still celebrating. It’s never been matched. The Miseducation of Lauryn Hill educated a lot of people on what music is supposed to feel like.

I also got to give it to Whitney [Houston]. I was four years old singing love songs that I had no idea what they meant. She was singing about very adult content but I was moved to sing at the top of my lungs with that voice from a young age. It taught me the importance of vocal ability, emotion, and storytelling. She didn’t write many of her records but she could tell that story. That tone and that voice was a great teacher for me as a child because I identified with the emotional aspect of music. 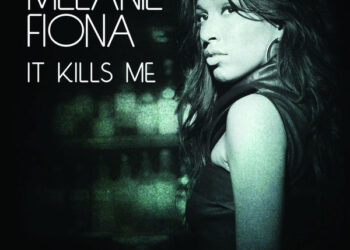 Melanie Fiona's signature single "It Kills Me" has been certified platinum by the Recording Industry Association of America (RIAA), selling... 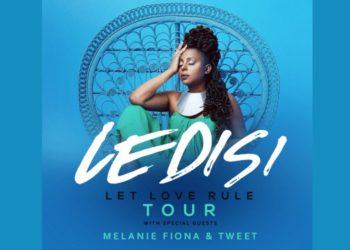 Ledisi will take over the U.S. with her Let Love Rule Tour. She will be joined by Melanie Fiona and Tweet....