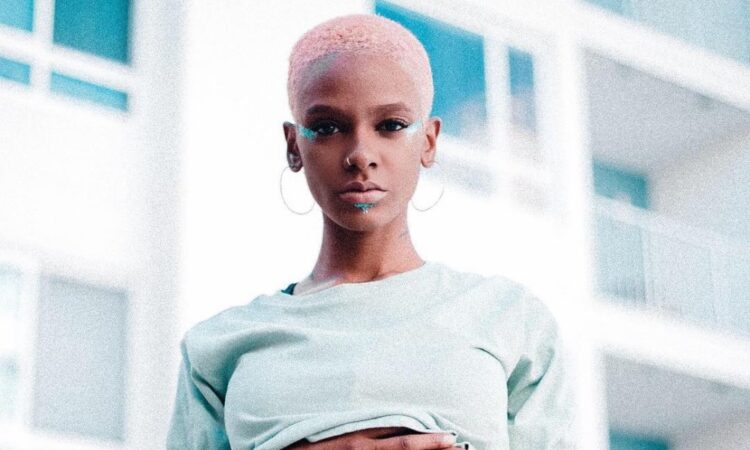 Around this time five years ago, Tiara Thomas could be heard on the hook of Wale’s single “Bad.” The melodic track, which peaked at No. 21 on the Billboard Hot 100, would become Thomas’ stepping stone into the mainstream world. Although her past success with “Bad” is part of her foundation, it doesn’t necessarily define who she is as an artist today.

Thomas has spent the last few years building up her fan base with her own music. Last year, she released an acoustic-driven EP titled Don’t Mention My Name and went on an international tour with rising star H.E.R. She followed-up last month with another EP called FWMM (Fucking With My Mind).

Rated R&B caught up with Thomas to chat about her FWMM, working with H.E.R. and her headlining tour.

Check out our interview with Tiara Thomas below.

What were you thinking about when you created FWMM?

I live in my own head a lot. Sometimes I feel like — not in a crazy bitch way — but it’s like the world in my head is the reality and the outside is not reality. So I just talked about a lot of things on this project like relationships, sex, self-discovery and my journey… it’s a collection of these things that are fucking with my mind.

I definitely think so but in my music I’m not necessarily giving you the solution. Sometimes I’m just telling you the story, like, “Yo, this is how I feel and this is what happened.” Everybody gets in their own mind and their own way. Sometimes all you got is your own head, your own boss, you know? Sometimes I love it, even if it’s bad. I don’t know. I can’t explain that. I guess it’s like, for instance, I’ve been in bad relationships before — like, bad ass relationships — and when I got out of them, it hurt really bad but I always know I’m going to be okay. That’s something that I learned about my life. Some people would be like, “I’m going to hang out with my girls,” “I’m going to go party” or “I’m going to go fuck some random person” but I’d rather almost think about it for a little bit. It’s inspiring to me. That sounds bad but it’s true [laughs]. 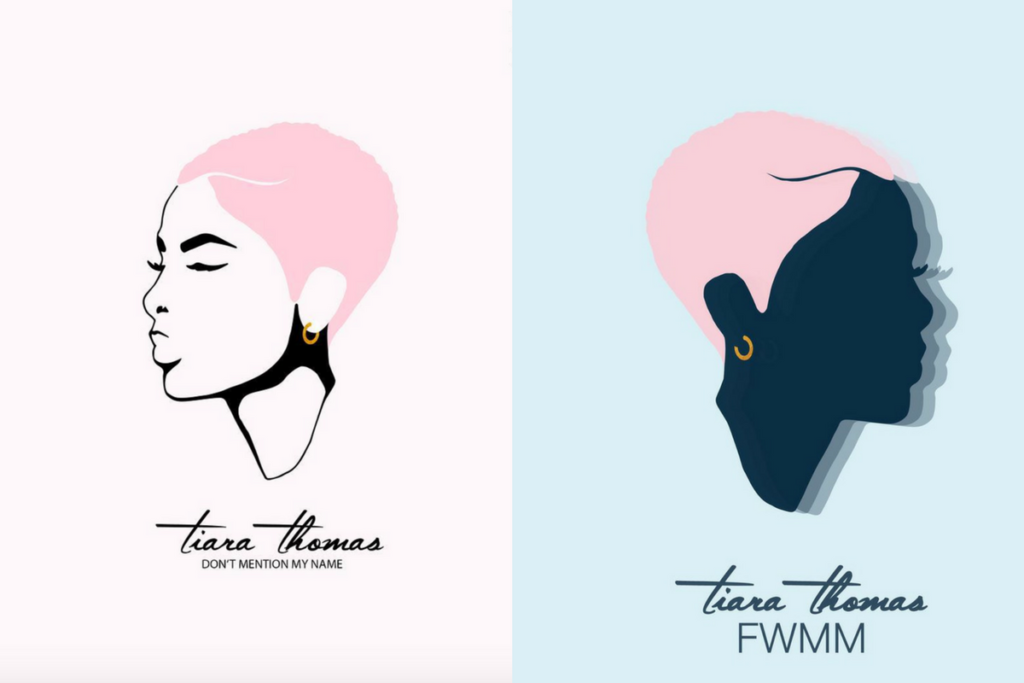 Your FWMM EP and your Don’t Mention My Name EP have a similar cover art. How are these projects connected?

Well, I think these projects go together content wise. It’s all like a statement. On Don’t Mention My Name, I’m talking about people I used to date or fuck around with. Fucking With My Mind is another statement. Maybe the next project cover art may be the front of my face, using the same artist, and another statement. I kind of like that theme. I like that image. I thought it was dope.

You have a few EPs under your belt now. When will you be ready for an album?

I really want to get the best of out an album. I feel the only way to do that, I have to almost build my fan base back up. I don’t want to hurry and drop an album when I don’t feel like it could be at its full potential. I’d rather keep building up my base, keep bringing awareness to the Tiara Thomas brand. I’m going to put out one more EP and hopefully an album after that.

Speaking of building up your fan base, one way you’ve been doing that is through touring. You just wrapped up your tour with H.E.R. What was that experience like?

It was so fun! It was the first time I left the country. Up until a month ago, I never left the country (besides Canada). That shit was tight. I remember the first night, I was in bed in my hotel in Manchester and I was just thinking like, “Damn I’m so far away from home.” I feel blessed to have been able to go out there with her. A lot of the shows were sold out and also I felt like I’ve been getting a lot better as a performer. I like being on the road. I’m trying to be on the road for the rest of the year.

retired my pants after wearing them for 2 weeks, we had a good run

You apparently had to retire an outfit on tour after two weeks?

Yes, it was longer than two weeks. I bought these pants at Urban Outfitters and, oh my gosh, they’re so fly. I wore them on the last day of tour. They were comfortable. I like to be comfy and I was like, “I’m not taking these pants off. People spend money on clothes, wear them once and don’t wear them no more.” I wore the pants for about three and a half weeks. I literally took them off to wash them a few times.I ended up going home to Indianapolis after tour and I wore the pants the whole time I was at home. My mom and dad were like, “Yo take those pants off.” I wore them to church when I was at home. I wore them to my grandma’s house. I wore them for my New Year’s show with H.E.R. I wore them for a while. Yeah, so they’re retired.

Speaking of H.E.R., you co-wrote “Avenue” on her project. What was that process like working on that song?

H.E.R. is like my little sis. I’ve known her for literally years. I’ve always had a working relationship with her. I have a couple songs with her. When she’s in LA and needs help in the studio, she’s like, “Yo T.” I just went to the studio that day — I remember I was in an extremely bad mood. Mother Nature got me that day. I was just pissed. I didn’t want to go in the studio, not because I didn’t want to work with her, but because I was just cranky as fuck. I went in there and they were playing a beat. I was just like, “Just turned down your avenue. I had to but I’m mad at you. You always say I gotta attitude.” She was like, “That’s tight.” I was like, “Go lay that down.” Sometimes I will get lucky in the studio and some things will come right to me immediately. That’s what happened with “Avenue.” I just started freestyling the song off the top of my head and then write the rest of it obviously. The first initial idea was that melody and those words and we just built based off of that. I think that was one of the last songs to make it to her Vol. 2 EP.

Are you writing for any other artists?

Sometimes I have songs that I be wanting to use but I realize that they don’t necessarily fit my sound so I’ll try to get it off on somebody else but I want to. I’d like to. I would honestly like to write some pop songs because that’s where the money at. I had a song that I was really excited about for Rihanna’s last album. It almost made it onto her album. I was so close but I’d definitely like to get one with Rihanna because I know what type of music she likes.

With your headlining tour getting ready to start. What’s one song you’re most excited about performing?

I think from my new project “Retro 1” because that seems to be a song that a lot of people like and it’s real vibey on stage. I’m excited to do some older stuff too because I know when people discover my EP they’re going to be able to go back and look at other projects too. I got some good tunes on my EP Up in Smoke. There’s a song called “Mary Jane” that’s really fun. “Bad” is always a fun song to do.

Anything from your Dear Sallie Mae EP?

I don’t know. We’ll see. Dear Sallie Mae is probably my least favorite project that I put out because I was with Interscope and I kind of — you know, label things. You can definitely tell the difference between the music I made when I was signed to a label and the music from when I was not signed to a label. Let that speak for itself.