Xscape to be Honored at ASCAP Rhythm & Soul Music Awards

Legendary R&B group Xscape will be honored with the ASCAP Golden Note Award at the 2018 ASCAP Rhythm & Soul Music Awards. The ceremony will be held on June 21 in Los Angeles, Calif.

“Xscape knocked us all out in the 90s with their powerful vocal harmonies on singles like ‘Just Kickin’ It,’ and ‘Understanding,’ and surprised absolutely no one as they went on to become one of the most prolific female R&B groups of all time,” said ASCAP President Paul Williams. “Decades later, all four members have gone on to individual success in music and on screen, and we are thrilled to recognize their achievements with the ASCAP Golden Note Award.”

Xscap3 — the trio that consists of Tameka “Tiny” Cottle, Tamika Scott and LaTocha Scott — released a visual for their latest single “Memory Lane.” The song is lifted frrom their Here For It EP, which dropped in March. While Kandi Burruss is not part of the trio, she still performs with the original Xscape. The quartet is set to perform in a few cities this summer with Bell Biv DeVoe, SWV and Keyshia Cole. 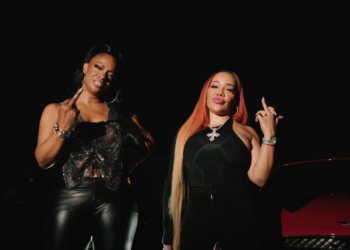 Verzuz continues to cater to the R&B community. With The Isley Brothers vs. Earth, Wind & Fire set for April...