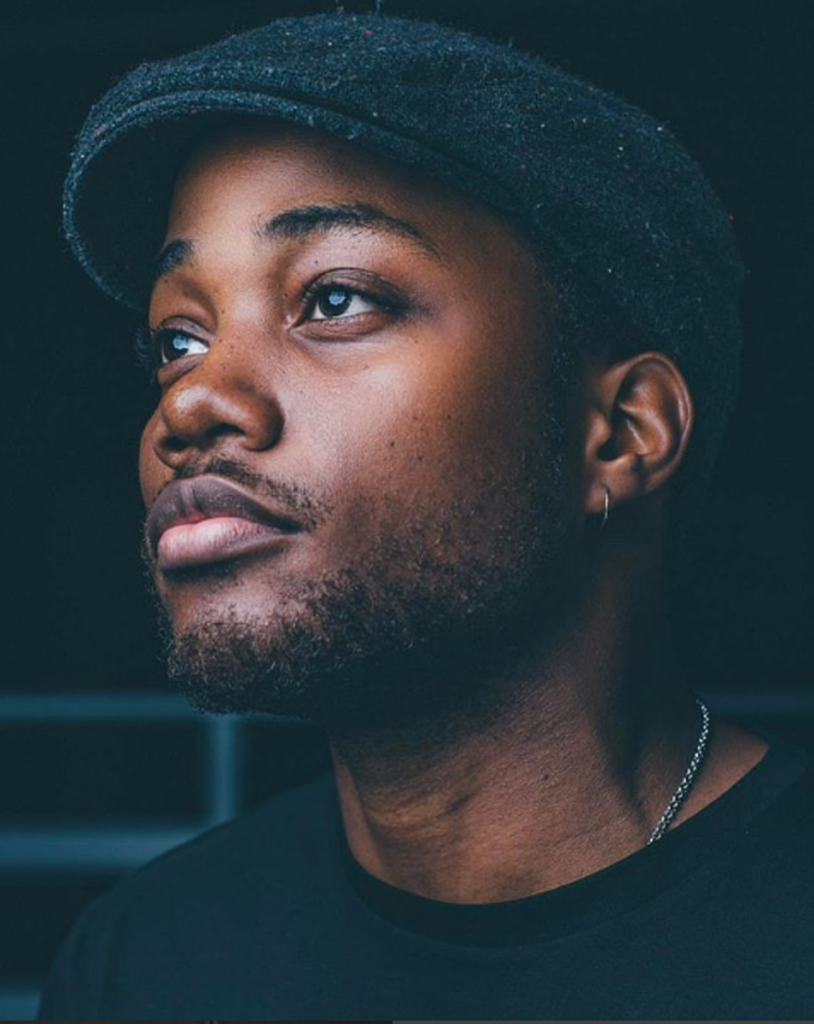 It’s goal season for Leon Thomas, and he’s savoring in the promising moments of his life right now. The multi-talented entertainer — who made his Broadway debut at age 10 as a Young Simba in The Lion King —  is returning to his authentic acting roots as famed soul singer Sam Cooke in a new stage play.

“The play has a really interesting previse because it’s a conversation between Malcolm X, Muhammad Ali, Jim Brown, and of course my character, Sam Cooke,” Thomas shares over the phone with Rated R&B. “They’re all in this hotel room in Miami, speaking about a win that Muhammad Ali had just gotten for his fighting and it journeys into a conversation about Civil Rights. I think this is a great opportunity for me to be a part of a project that truly celebrates our blackness with power and not in a stereotypical way.”

Aside from his future acting gigs, Thomas, who won his first Grammy at age 21 for his songwriting work on Babyface and Toni Braxton’s album, Love, Marriage & Divorce, has just inked a record placement with some big-name artists that he’s idolized since before entering the music business.

On the artist front, Thomas has been keeping listeners engaged with a number of enjoyable tracks including his top 20 R&B hit “Favorite,” featuring rapper Buddy. The song, which has over 3.5 million streams on Spotify, is a part of Genesis, the prelude to his debut album, which is out now.

Thomas chatted with Rated R&B to discuss his new project, his collaboration with Elle Varner, his taste in music, his views on love and much more.

Genesis, which means origin, source, root or start, is the title of your new EP. What do you want this project to signify the beginning for yourself?

It’s honestly the beginning of the narrative of my creativity. When it comes to artists like Pharrell and Kanye West, you know that they are apart of each and every aspect of their creation and that’s what I wanted to showcase on this record. It’s not a full-length album, it’s an EP. So, it was a really short and sweet, concise version of all the different aspects of the production styles that I do. It’s real stories from my life. It’s the beginning of showing people I’m more than just an actor. I’m more than just a producer and a writer. I’m a creator. I’m an artist.

Besides Buddy, who appears on Genesis’ lead single, you have two more collaborators on the project — Elle Varner and Tayla Parx. What can you tell us about those records?

(Laughs) My ex-roommate Elle Varner. She is featured on a song called “Beg” and I love it. I think it’s absolutely amazing and one of my favorite joints on the record. It’s such a great song only because of how it happened so organically. I was in the house doing my creative thing and she heard me getting creative and she knocked on my door and was like, “I want to hop on that.” And I was like, “Okay, cool.” So, we started writing, right there in my bedroom and then went to Paramount Studios. We recorded the rest of [the song] and the rest is history. For me, that’s the stuff that I love. I love organic creating. I didn’t plan for her to get on the song. It was just a record I was creating and she wanted to be a part of it and that was such a beautiful moment. I feel like every collaboration has to come from that organic place or else it’s going to feel forced. Tayla Parx is also featured on the project. But for the most part, it’s just me. I really wanted people to get a good grasp on what I do as an artist without a lot of cluttered features.

“Sunken Place” finds you flexing your talents as a singer, rapper and producer. Adding songwriting in the mix, out of those four key skills, which one do you work on refining the most?

For me, I think one of my strongest assets, throughout my life, has been my vocal ability. So, I find myself consistently trying new ways to stretch what I do as an artist in that aspect. But I think Genesis is a true representation of how I really flex my muscles as a producer. Being that I co-produced on every song, you can really hear my taste and my style in music.

How would you describe your taste in music?

I would categorize my particular taste in music as alternative R&B. But I look at music as just an open adventure. I’m always trying to find new songs to listen to and to vibe out to and different kind of artists that showcase their abilities as both producers and writers. For me, it’s about aspiration and venturing into new sounds one thing at a time.

You had the opportunity to be mentored by the legendary Babyface. What did he teach you about embracing risk-taking?

Hmm…risk-taking (laughs). He sat me down in the studio about maybe year or two years ago and I played him all my music. He was like, ‘Man, I love your music.’ But the one thing he was saying is that he wanted me to have more fun and to have that kind of cool factor to it. He’s never really emphasized the importance of taking risks. He’s always emphasized being truthful to exactly who you are. I think sometimes that is a huge risk by definition. Truly being yourself in a world that sometimes wants you to fit in different boxes. For me, it’s been a constant journey of discovering more and more things about myself and putting it all into music in ways that are both fun and realistic to each emotion that I need to portray.

I heard you say that “I think people treat love with a lot of disrespect.” How do you honor the virtue of love while being honest about its challenges in your music?

I’ll be completely honest man, I haven’t been in a committed relationship in a very long time for that exact reason — my respect for love. I always want to be fair to whoever I’m dating. I’m really just trying to get myself to a point where I feel like I’ve finally figured it all out. I’m not sure if that will ever happen for me but I know for a fact that when I’m ready, the right situation is going to appear and it’s going to make a lot of sense. It’s funny because I’ve been writing love songs since I was 13 years old and signed to Columbia Records. I was writing about love before I knew what it was. So there’s always been this aspect of almost putting myself in somebody else’s shoes and kind of building each storyline as it comes.

Right now, you’re independent and releasing your music through a distribution deal with Priority Records. What kind of freedom comes with being an artist who is emancipated from the typical label conditions?

You know there’s a stigma when it comes to signing any kind of deal and working with a company where you’re not going to have any creative freedom, which I will say is generally kind of true. But for the situation that I am in, it’s a really cool opportunity to both have a marketing team at my disposal and all the support that I genuinely need for this step. The EP took a while to make but I didn’t rely on any company to curate the project. I brought the project to the distribution company and they’re helping me really service it to the people. I think one of the main things that comes from this distribution deal is just the help. It’s having a team that will support your vision and your mindset and not doing it all by yourself. All the creative is coming from my team and from my head and it’s great to see people really believing in that enough to put the dollars behind it, the work and the hustle. 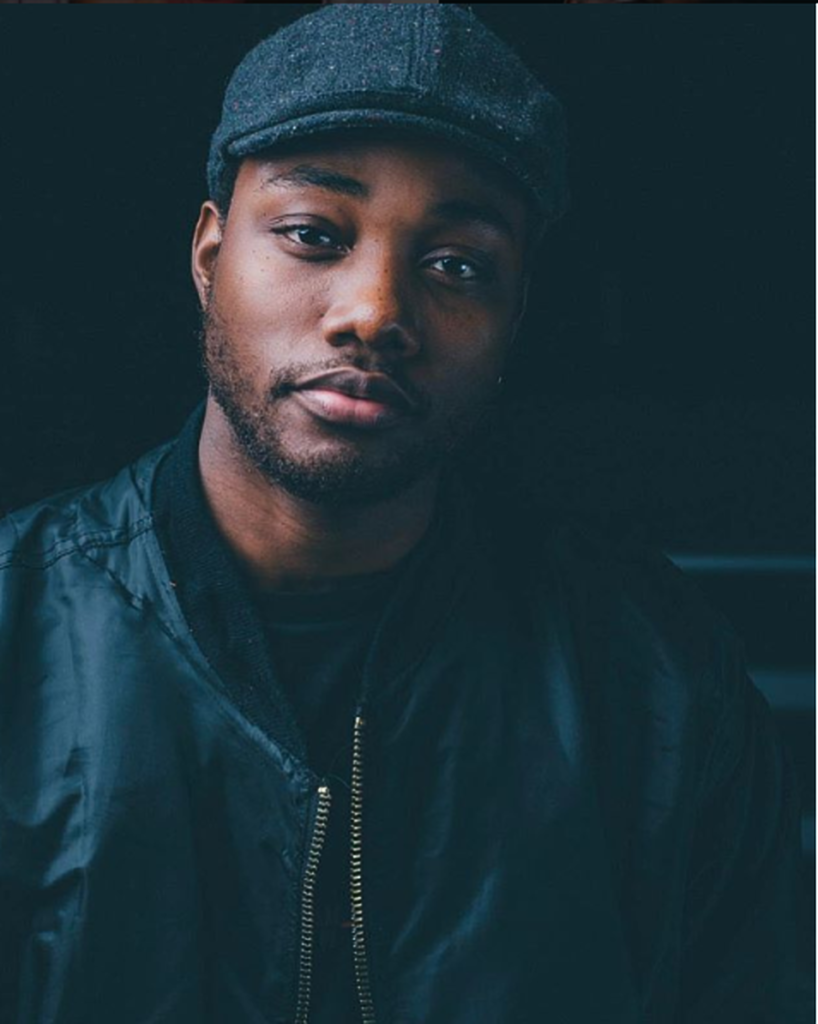 If fate made it so, would you sign to a major label again?

Oh yeah. I feel like for any deal as I grew older I really learned the importance of leverage. So the more I do outside of a company by myself, the more I can ask for and the more leverage I’ll have in my major label deal. So I’m working hard to make as much noise and to do as many shows as I can so we can really create the right amount of buzz to get to a situation that is treated with respect at the company. I feel a lot of artists go to record labels and say ‘Develop me,’ which is something that used to happen back in the day but I think that art has definitely been lost over the years.

Since an early age, you’ve juggled singing and acting. Do you have a time constraint on either talent or do you think it’s conducive to your persona to maintain a balance of both?

I personally feel like one of the greatest keys to life is balance. So, I’ve always applied that to my career. I spent the beginning of this year filming a pilot that’s looking to be picked up very soon. I spent a good portion of this year as well recording and releasing music. And I’m about to go back to acting in September and do this play in Miami for three months. With that being said, this is probably one of the first year’s I’ve truly found that balance and felt extremely comfortable with it.

Last year, you guest starred on HBO’s award-winning show Insecure. Soon you’ll be acting in a post-apocalyptic digital series called FraXtur. What can you tell us about your role?

I can’t say much but just know it was a really epic project that I was apart of. They really had us moving and working hard for it and I’m glad that it’s been working out pretty well. So I’m hoping that people will respond to it well.

There are certain things that I won’t bend on and that stubbornness will probably never leave me. What I will say is that focusing on empathy, focusing on what my fans would want to hear if I was in their shoes [and] what I would want to hear from me, is one of the greatest things I think I have ever done. I’m glad that I did that for my single “Favorite.” I was able to say ‘I know I need something for the radio. I know I need something that people can vibe to that’s upbeat, happy and simple to listen to.’ That empathy helped me get out of my own way a bit so I can create freely. As I continue to just work, I’m going to learn how to put myself in other people’s shoes even more and connect with my audience even better. 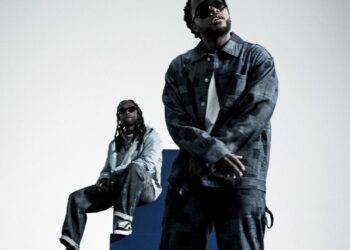 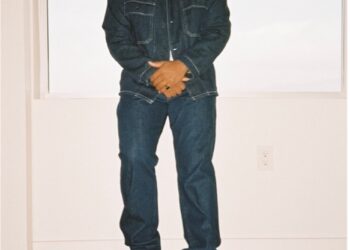