by Antwane Folk
in Lists, News

Maxwell has no “Shame” collecting another top 10 track on the Billboard Adult R&B Songs chart. The soulful crooner has secured his 14th top 10 R&B single this week with his new modern love song, which is lifted from his much-anticipated blacksummer’sNIGHT album.

Even though Maxwell is modest about his success, we aren’t. Seven out of 14 of the Brooklyn native’s hit singles have reached the summit, while four others songs made an incredible impact at No. 2. The singer scored his first top 10 career victory with “Ascension (Don’t Ever Wonder),” off his smash debut, Maxwell’s Urban Hang Suite.

Thirteen years after making his Adult R&B debut, Maxwell made several other memorable appearances. In 2009, his Grammy-winning ballad “Pretty Wings” ascended to the top spot for 12 broken weeks. The follow-up recording “Bad Habits,” from his acclaimed BLACKsummers’night  dethroned the bittersweet ode and commanded zenith for nine non-consecutive weeks.

“My reason for making music is not because I want to be famous. I’m not interested in having hit records or necessarily being on the radio,” he said on tour in October 2018. “I’m interested in creating art. So if my bank account is a little small in comparison to my contemporaries, then so be it.”

As Maxwell tarries along on his 50 Intimate Nights Live tour with Marsha Ambrosius, Rated R&B takes a moment to shine the spotlight on his biggest hits on the Adult R&B Songs chart.

According to Billboard, songs are ranked by performance on the chart. 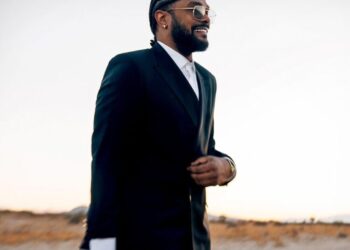