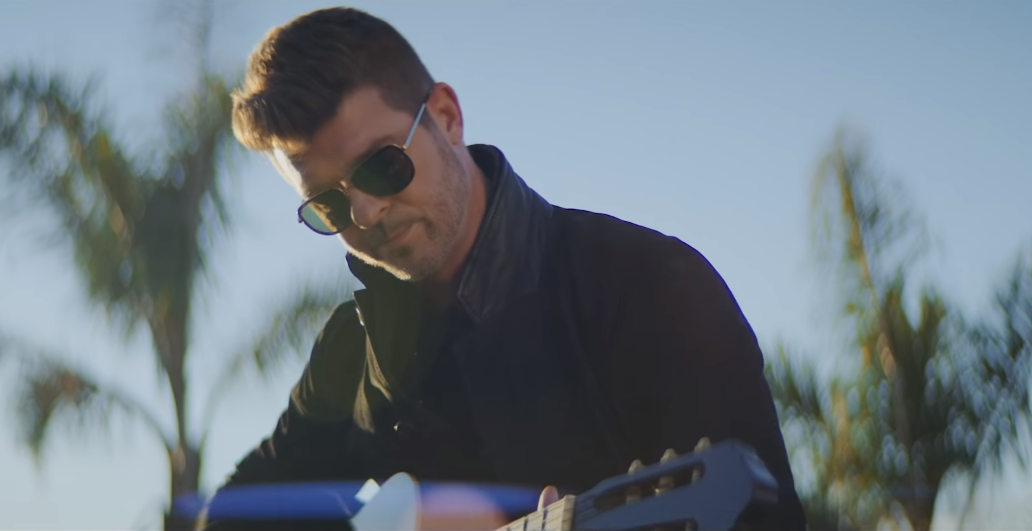 Robin Thicke keeps it cool, calm and collected in the music video for “Testify.”

Shot in Los Angeles, Thicke is laid back in a pair of shades while he plays an acoustic guitar in front of a background of palm trees. Amidst close up shots of people going about their day in the streets of LA, Thicke’s redemptive lyrics paint a vivid picture of the recent things he has been going through, including losing his father Alan Thicke in 2016.

Thicke is currently finishing up the “last couple” of songs for his new album. In addition to new music, he along with Ken Jeong, Jenny McCarthy, Nicole Scherzinger will serve as studio panelists for Fox’s new celebrity competition series, The Masked Singer. The Nick Cannon-hosted show is set to premiere on January 2 at 9 p.m. ET.