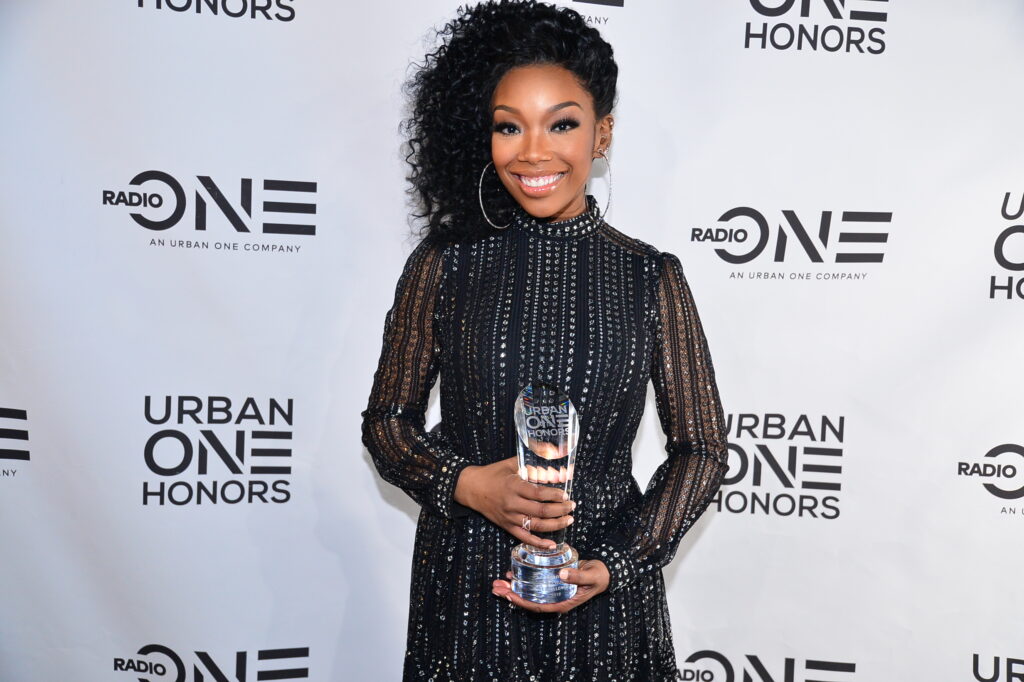 Brandy took time away from finishing her much-anticipated album to receive the Cathy Hughes Excellence Award at the 2018 Urban One Honors in Washington, D.C. Before stepping inside The Anthem to receive her honor, the prized vocalist and her brother Ray J spoke to Rated R&B about their upcoming projects and ventures.

Brandy, who has been locked in studio camp with DJ Camper, recalled their first studio session with the Grammy-nominated producer. “It was so great because I was in the studio with [DJ] Camper, I was in the studio with Daniel Caesar. A lot of people were in the studio that I admire so I was like, ‘Whoa, this is really happening,’ so I just can’t wait for everyone to hear the sounds that we make together,” she said.

She also confirmed DJ Camper’s remarks about her album almost being done and assured fans that new music will definitely be coming next year. The forthcoming album is expected to feature a guest appearance from Ray J, who hasn’t released an album in 10 years.

He isn’t in a rush to release a new project, though. His main focus right now is Brandy’s new work but mentioned he might step out with new material shortly after. Ahead of Ray’s solo project, the duo plan to work on music together as a supergroup by the name R&B.