The Grammys have been good to Lalah Hathaway. The polyphonic vocalist has won five trophies, including three for Best Traditional R&B Performance. Her winning streak in this category has made her the most awarded performer. This year, at the 61st Annual Grammy Awards, she has a solid chance at extending her victories with her fourth career nomination; however, her win could be a grand slam for another artist: Charlie Wilson.

For more than four decades, Uncle Charlie has been a thriving force in the everchanging music business. Following his stint as the frontman of Gap Band, Wilson pursued a solo career on the cusp of the ‘90s. However, he made his mark as a bonafide superstar in the mid-2000s. As one of the most influential artists of his time, Wilson has maintained his longevity by adapting to each music era. Since entering the millennium, Wilson has collaborated with a diverse group of artists, including Snoop Dogg, Kanye West, Lil’ Kim, and Bruno Mars. Despite his versatility and his dynamic vocal range, Wilson has yet to win a Grammy.

During spring 2009, the single soared to the top of Billboard’s Adult R&B Songs chart and ruled the number one spot for nine weeks. On the strength of heavy radio performance, the song topped the year-end list of the chart later that year; however, radio airplay alone wasn’t enough to beat out Maxwell, who won a Grammy for “Pretty Wings.”

Following the 53rd Annual Grammy Awards in 2011, the Recording Academy made a drastic decision to discontinue over 30 categories. According to the Academy President/CEO Neil Portnow, the main objective behind the revision was to continue “competition and prestige of the highest and only peer-recognized award in music.”

The Recording Academy’s general statement caused an upset for artists and musicians of all genres. It even disappointed marketing executive Steve Stoute, who expressed his dissatisfaction in an open letter about the Academy’s past award decisions and their “lost touch with contemporary pop culture.”

“When you control the quintessential award, you have a responsibility to stay in the culture and what’s going on in the marketplace,” Stoute argued. “As music shifts, and taste changes, you have to make sure you are capturing that.”

R&B was among the genres that took the hardest blow after five categories were cut, including best male and female, group vocal, urban/alternative performance, and contemporary R&B album. For many artists like Wilson, the possibility of winning became a fighting chance, especially when big-name artists were added to the mix.

Despite the dip in categories, Wilson picked up two nominations in 2012 — Best R&B Performance and Best R&B Song — for his number one single “You Are.” Unfortunately, he lost in both categories for records that weren’t likely featured on most critics prediction lists. Despite the sweet tune achieving chart-topping success, it didn’t live up to the continually questionable standards defined by the Recording Academy.

After finding no luck in the R&B categories, Wilson unintentionally received nominations in 2014 and 2015 in two new genres: rap and gospel. Still, his awe-inspiring versatility didn’t yield a win in either category.

This year, Wilson is nominated for Best Traditional R&B Performance (“Made for Love” featuring Lalah Hathaway). It’s his first nod since 2016. Lifted from 2017’s In It to Win It, the romantic duet is the perfect thrill for a storybook wedding and features ideal musical elements that fit the accolade criteria. In short, a recording that has an old-school sound or a remake of R&B classics has a great advantage at being awarded.

With the odds now in his favor and lady (luck) Hathaway on his side, Wilson has the potential to win this Grammy. And based on Hathaway and Wilson’s recent Twitter posts, they have a made early projections that they’re going to pull off this win.

To see if Hathaway continues her luck in the Best Traditional R&B Performance category or if Wilson wins his very first Grammy, watch the 61st Annual Grammy Awards live on Sunday, Feb. 10, at 8 p.m. EST / 5 p.m. EST. The ceremony will be hosted by 15-time Grammy Award winner Alicia Keys. 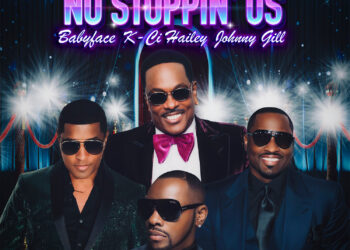 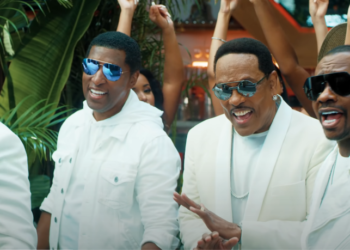