Expect the unexpected from Louis York (Claude Kelly and Chuck Harmony). The Grammy-nominated duo has released a refreshing visual for their latest single “Don’t You Forget.”

Directed by Carley Haggerty, the semi-animated clip celebrates ancient art from all over the world. Louis York shared their vision for the video with Rated R&B.

“The ‘Don’t You Forget’ visual is a great representation of why we started Weirdo Workshop,” they said. “It was completely done in house, by us and our amazing Weirdo team. We want our art to be progressive and trippy like our music so we created a psychedelic museum to reflect the importance of fine art and bubbly creativity. There is so much more of this to come!”

“Don’t You Forget” is the lead single off Louis York’s upcoming debut album, American Griots, which is set to release on October 18 via Weirdo Workshop. It will include guest appearances from

In an interview with Rated R&B, Louis York shared their inspiration behind creating “Don’t You Forget.”

“I think what started it was just the need to fill in the gaps of what we thought was missing from music,” Kelly explained. “We’re fans of music first, so for us, it’s always about not being repetitive and not doing what everyone else is doing. We wanted it to be a celebration of us — Black excellence, musicianship, melodies, harmony and instruments.”

In other news, check out their We Sound Crazy Podcast. 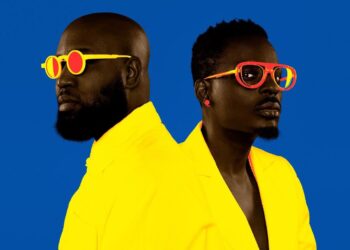