The song is produced by Corey Dean

Cuffing season is in full effect — and Arin Ray knows it.

The R&B newcomer has released a sensual love song titled “A Seat,” produced by Corey Dean.

The slow-burning track packs a great deal of passion for an all-night, bedroom session. By the sounds of Ray’s tender inflections and the romantic backdrop, he means business when he gets alone time with his woman.

Along with his song release, Ray has also shared the accompanying music video. Watch it above.

“A Seat” is the latest track from Ray this year. He recently released his dream collaboration, “Change,” featuring Kehlani. The song came with an accompanying visual, which has garnered more than 3.2 million views on YouTube and over eight million streams on Spotify.

Back in December 2018, Ray re-released his debut album Platinum Fire. The revised edition boasted three new songs, including a duet with Babyface. He released the standard version in March 2018.

In November, Ray has three spot dates on the books. Tickets are available on his official website.

Pull up “A Seat” with Arin Ray below. 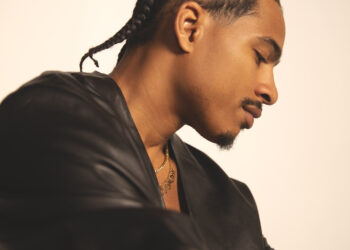