The video was directed by Rambo Elliott. 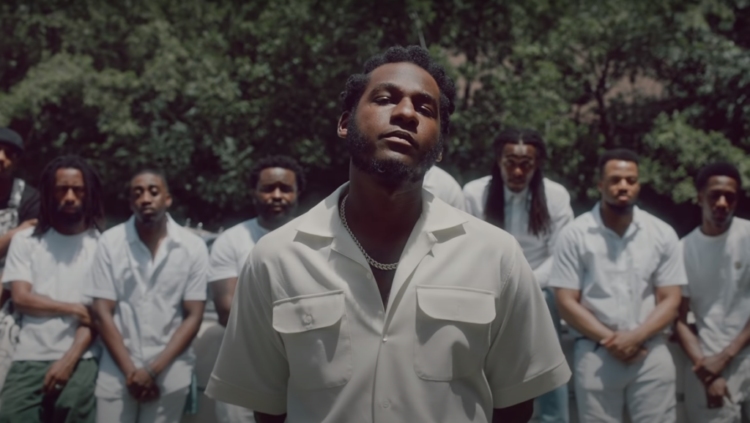 Director Rambo Elliott snapshots a day in the life of the Grammy winner and a handful of Black kings that he calls family from his hometown of southside Fort Worth, Texas.

This glowing video is really “a celebration of Blackness,” Bridges wrote on Instagram upon its release.

Speaking on “Sweeter,” Bridges said, “Growing up in Texas I have personally experienced racism, my friends have experienced racism. From adolescence, we are taught how to conduct ourselves when we encounter police to avoid the consequences of being racially profiled.”

“Sweeter” is Bridges’ second release of music this year. He debuted “Inside Friend” with John Mayer this spring.

In a 2019 interview with Rated R&B, Bridges discussed the direction of his third album. “I want to contribute something to the R&B game that hasn’t been done before,” he said. “I think the way to do that is to incorporate shit that people don’t think would belong in R&B such as instrumentation from country like a fucking slide guitar in a steamy, making love song. So, it’s about bringing other elements into this new project. It’s something daily I’m trying to figure out.”

Watch the video for “Sweeter” by Leon Bridges above.