Premiere: K’ron Releases Video for ‘Round of Applause (Rounds Remix)’

The video was directed by Adebayo Umoja. 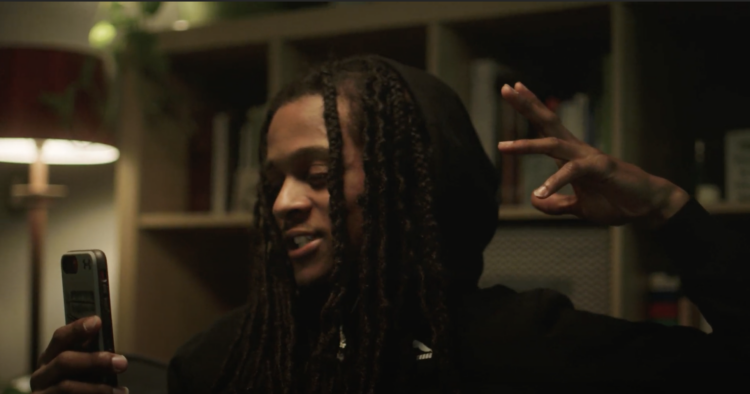 Rising singer K’ron has released a two-part visual for his single “Round of Applause (Rounds Remix).”

Directed by Adebayo Umoja, the video follows a couple as they try to keep the spark going while in quarantine. The first part of the video features K’ron’s 2014 single “Round of Applause,” which recently saw a resurgence on TikTok. Part two features the Rounds remix, which also dropped today (June 25).

“‘Round of Applause’ was the first song I ever recorded,” K’ron tells Rated R&B. “I’ve always made beats, but singing was always something waiting to get out of me. Rap had a stranglehold on music at that time. Praising women for who they are and what they represent especially for a guy my age wasn’t where the music was. But then again, I don’t follow trends so I did it anyway. The song exploded independently, and the rest is history. This year, six years after I released it, the song had a rebirth on TikTok and started going viral to my surprise. I was a teen when I made the original, so knew if I touched it again in my twenties, I could demonstrate who I am now. This time around, you’ll hear more of my bedroom vocals or what I call my grown man style.”

He continues, “I wanted to shoot a video but the country was shut down because of the coronavirus. Bayo, who directed a trilogy of videos from my Wild Lova Vol. 1 project, is also from DC so it was only right to link up again and make something that spoke to the times.”

The DMV native’s “Round of Applause (Rounds Remix)” is expected to appear on his upcoming project, Wild Lova Vol. 2, which drops later this fall via Ty Dolla $ign’s imprint The Movement/Atlantic Records.

Aside from being an artist, K’ron has also penned songs for other R&B acts like Ty Dolla $ign, Omarion and ELHAE, to name a few.

Watch Rated R&B’s premiere of K’ron’s “Round of Applause (Rounds Remix)” video above. Stream the song below.