The album is titled "Eric B. For President: Term 3."

Eric Bellinger is one of the most consistent male artists in the industry. The singer/songwriter maintains his strong presence in the R&B world with a new track called “Godly.”

Setting out to make this divinely trippy track a new fan-favorite, Bellinger gets “real bossy, extra cocky and tastefully braggadocious” for everyone to take notice. He notes that he fell in love with the instrumental of the new song ten seconds after giving it a listen.

“The loop on the synth melody was so strong I knew it would instantly grab anyone’s attention that heard it,” he shared in a statement about the LT-mOE-produced track.

Describing the first single to his forthcoming album as “mad catchy,” Bellinger packages “Godly” with an official music video. It was directed by Jack Lumetri, and can be watched above.

“We even incorporated some choreography to really level up and take things up a notch,” Bellinger said about the video.

This fall, Bellinger is adding his name to the ballot box for the release of his new album, Eric B. For President: Term 3. It will be released on October 30. The album follows his string of projects released earlier this year, including Hors D’oeuvres, Optimal Music, and Scenarios.

He also teamed up with Elhae for incentive-focused collaboration “Perks.”

Listen to “Godly” by Eric Bellinger below. 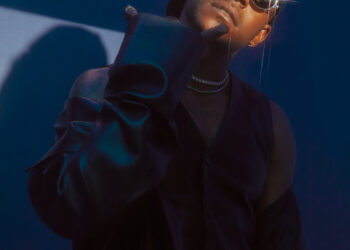