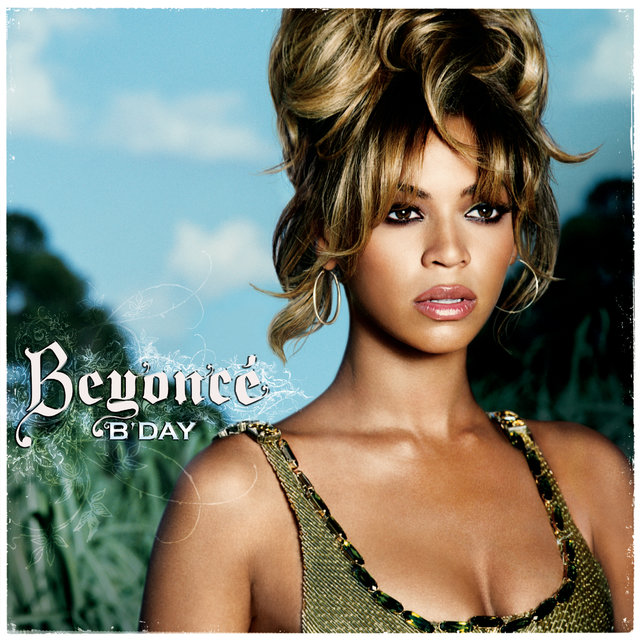 Before Beyoncé surprise-released her self-titled fifth LP as a visual album in 2013 or partnered with Disney+ for the visual companion of Black Is King, she re-packaged her sophomore album B’Day six months later as a video album. It would mark the beginning of the revolutionary artist’s music video and film concept.

The new solo album, fittingly titled to coincide with her 25th birthday (Sept. 4), intertwined contemporary music with vintage live instrumentation, which further demonstrated her range as an artist.

Optically, B’Day turned Beyoncé into a tireless visual artist. A case in point is the sweat-dripping video for the album’s lead single, “Deja Vu.” Captured in New Orleans, an idea of Beyoncé, during the dead of summer, when the heat is often too much to bear, the pop-soul diva showed how a true entertainer works without much pause. If anyone knows, Sophie Muller does; she directed it.

Muller remembers Beyoncé wanting to be involved in every step of the creative direction of the humidity-focused visual. “I went to New York to meet her before we did ‘Deja Vu.’ She’s that kind of person. She doesn’t just turn up to the set. We had loads of meetings,” Muller said.

“He took pictures of prostitutes in New Orleans in the 1890s or something like that. The story of him was his photographs were lost,” Muller said. “The pictures themselves were very famous. While they were prostitutes, they’re classy because some have piles of clothes on them. Beyoncé is dressed up in a lot of it as the Victorian petticoats and undergarments. So, the palette was kind of like fashionable passion photography.”

Throughout the video for “Deju Vu,” Beyoncé put in 100 percent of high energy. Muller finds the scene of the now-mother of three in the sand towards the end as a good illustration of her endurance, even in hot weather.

“Her dancing that bit in the sand is one of the most amazing things she’s ever done — not with me, just her, how amazing she is in that bit,” she said. “It’s like an honor to work with somebody who’s that amazing. She gives everything.”

In the video for the lead’s follow-up “Ring The Alarm,” Beyoncé put on a convincing performance of an accused woman who had committed an unnoticed crime against her pleasure-seeking lover. Muller directed the Basic Instinct-inspired video, as well.

“The idea of the video was that she’d kill someone and that was pretty subtle. It was very understated that something bad has happened,” Muller explained about the suspenseful video concept. “You’d see a body under a sheet and flashing lights and stuff but you didn’t really see anything. She’s also quite empowered in the video.”

She added, “I think it’s interesting how when you have emotions that are flipping from one to the other, so we wanted to show that in the video. That video was just someone fluctuating from extreme emotions. I remember my very first idea I had for that video was how it opens with her doing that dance in the red light on a desk. No idea where I got that idea but I remember that I had this idea and that was it. Everything else grew from that.”

Though Beyoncé was interrogated and had to be detained by law enforcement throughout the video, the nature of why she was outraged wasn’t detailed. Muller said it was on purpose.

“She may have killed him. It may have been a metaphor. We don’t know but she’s obviously really mad,” Muller said. “She’s angry and really hurt, so those are all emotions that lead to crimes of passion. I think we were trying to do something that was classier than showing what she’d done. It was more like people could guess.”

While two other pre-filmed music videos (“Irreplaceable,” “Beautiful Liar“) followed, along with the nine other visuals for the complete B’Day Anthology Video Album, it was the groundbreaking video for “Deja Vu” and “Ring The Alarm” that made a lasting impact.

Revisit B’Day by Beyoncé below. 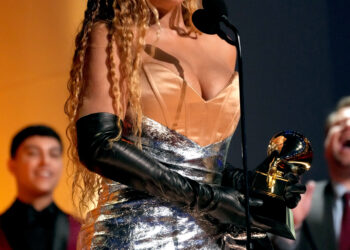 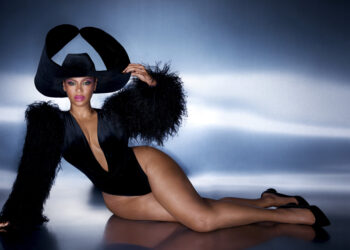