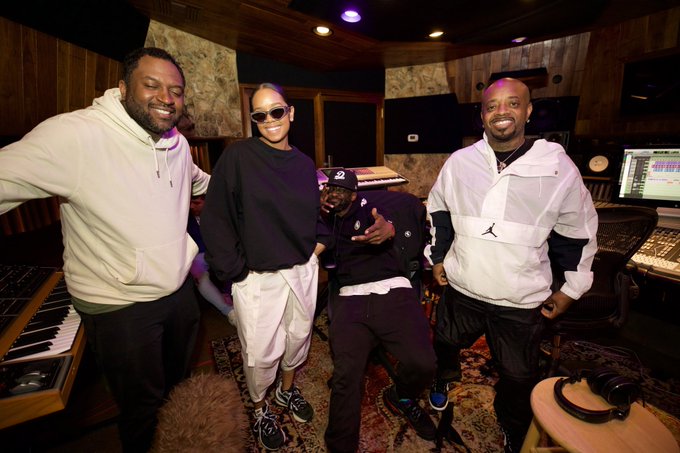 There are no days off for H.E.R. Following her Grammy two wins last Sunday, including Song of the Year for “I Can’t Breathe,” the California native linked with legendary producers/songwriters Jermaine Dupri and Bryan-Michael Cox at a studio in Los Angeles.

Although there aren’t many details available about their studio session, Dupri hinted that they worked on something that was made for the bedroom.

“Somebody bout to get pregnant!! Trust me, me and @bryanmichaelcox in here wit[h] @HERMusicx,” Dupri tweeted.

There’s no word on if the material they worked on will appear on H.E.R.’s highly anticipated debut album that is set to arrive later this year.

She also made her acting debut in the Netflix family comedy, Yes Day, which premiered last Friday. She makes a cameo as herself in the film.

As for Dupri and Cox, they were also recently spotted in the studio with Ari Lennox, who is working on her sophomore album.