Ambré Releases Video for ‘The Catch Up’

by Jakori Beauchamp
in Videos
Reading Time: 1 min read
Share on FacebookShare on TwitterShare on Email

Rising singer Ambré lets bae play in her hair in the cozy music video for her latest song “The Catch Up.”

Brianna Alysse, a member of Kehlani’s Honeyshot Productions, assumes the director’s role for the intimate video. In the boo’d-up clip, Ambré and her partner lock eyes in an embrace in the retro pad’s different rooms, from the bedroom to the couch.

Released as a dual single (“Alone”) back in December 2020, “The Catch Up” is a mid-tempo track that speaks of never being able to have time alone with that special someone.

Check out Ambré’s music video for “The Catch Up” above. 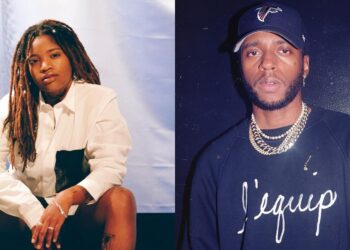