Owenn has shared the stage with some of music’s biggest names including Beyoncé, Alicia Keys and Rihanna. Now, the dancer-turned-singer makes his formal introduction with his debut single “Baby Girl.”

On the soul-enriching tune, the New York City native sings about everlasting love. “Baby girl, you’re not alone / And I love you / Till the day my name’s in stone / You are never gonna be alone,” he sings.

Though the song is written as a love note, Owenn tells Rated R&B that he wanted to make an anthem that celebrated women. “‘Baby Girl’ is an ode to all the women in the world,” he explained. “Being raised by a single mom, ‘Baby Girl’ really spoke to me.”

With “Baby Girl” being his major-label debut track via Island Records, Owenn couldn’t help but share his excitement. “Never have I ever felt so many emotions all at once. I’m excited and I’m ready to inspire the world with ‘Baby Girl’ and great music,” he said.

In addition to his song release, Owenn also premiered an accompanying music video. Filmed in a dance studio, the video merges Owenn’s passion for singing and dancing, as he delivers an electrifying performance.

Listen to “Baby Girl” by Owenn below. 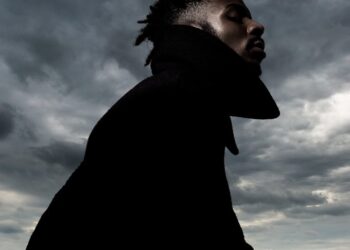 Owenn to Support Taylor Swift on ‘The Eras Tour’