Amber Mark is competing with no one but herself on her new song “Competition.”

Gelling her unique voice with a synth-heavy production, Mark delves into lyrics highlighting the need for unity, insisting she is not a threat to the next person. It’s enough room for everyone to win, according to the rising singer.

Mark co-directed the song’s support video with Cara Stricker. The visual is formatted as a short film, underlining the communal aspect of the music by having Mark and a group of dancers form for different performances.

Regarding the new track, Mark said, “I hold this one so close to my heart. ‘Competition’ comes from a state of always comparing yourself to others and how ruthless that competitive nature can be towards yourself and towards others. The song is a reminder of how much stronger we are together.”

“Competition” is the second offering from Mark’s upcoming album set for release later this year. She previously released the single “Worth It.”

On August 24, Mark is taking the stage for an intimate show at Lafayette in London. Tickets officially go on sale on June 16. Get tickets when available here.

Listen to Amber Mark’s “Competition” down below. Watch the music video above. 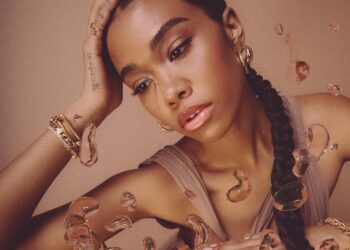 Amber Mark Declares We’re All ‘Worth It’ on New Song

If L'Oréal Paris is searching for a new face for their next campaign, Amber Mark is available, and so is her self-esteem... 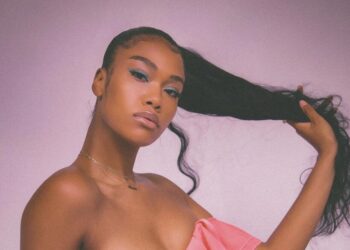 Amber Mark has a knack for song covers. In the spirit of giving this holiday season, the rising singer has...