The latest offering from their upcoming album "Private Space."

Just two weeks out until their new album Private Space drops, Durand Jones & The Indications release their new song “The Way That I Do.” It arrives with an accompanying video.

Expected to soundtrack future summer BBQs and family reunions, this nostalgia-filled song instantly puts one in the mind of Earth Wind & Fire and their timeless fellowship jams.

“It’s a run-to-the-dancefloor song for that special person who gets you shook, makes you wanna do more and be your best self,” said Aaron Frazer in a statement. “But it’s also for everyone who’s missed just getting together and movin’ their ass!”

The video, directed by Weird Film, highlights the classic feel of the track. The video stars are Pete and Linda Frazier, the 2019 winners of the World’s Largest Steppers Contest in Chicago. The two dance in silver attire under a disco ball at Josephine’s Southern Cooking. Watch the video above.

“The Way That I Do” is the follow-up to “Love Will Work It Out,” released in June. Private Space is out July 30 via Dead Oceans, in partnership with Colemine Records.

Stream Durand & The Indications’ new song “The Way That I Do” below. 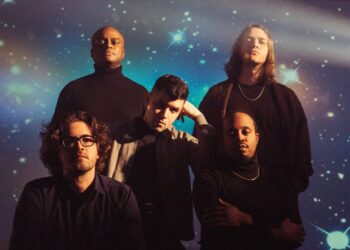 With a year like 2020, keeping the faith can be easier said than done. Luckily Durand Jones & The Indications' new single...