by Jakori Beauchamp
in Rising Artists, Videos
Share on FacebookShare on TwitterShare on Email

June’s Diary has reinvented themselves in the video for their song “Maniac.”

The start of the Saw-inspired video, directed by Derek Blanks, finds the quintet caged while their captor watches them. It then switches between multiple solo dance scenes with a legendary multi-talented dancer. You’ll have to watch the entire video to see who the guest star is and how the story ends.

Speaking on the video, June’s Diary said, “We were so excited to link up with Derek Blanks again for this one. ‘Maniac’ definitely represents a different sound for us, and we wanted the video to bring that same energy. It’s like we’re poppin out the box for this one. We’ve been working hard on new music, and this is only the start for what’s to come.”

“Maniac” is June’s Diary’s first offering since last fall’s “Way Off,” which was the first song they wrote together. It is also the first taste of June Diary’s forthcoming EP set for release later this year. 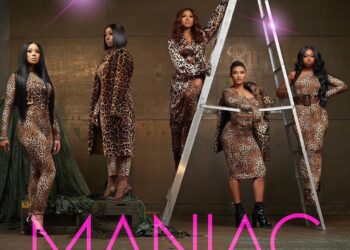 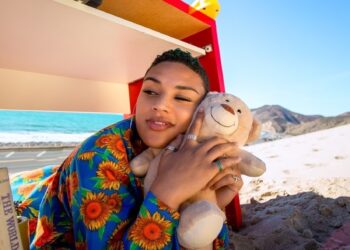 Gabby Zike, one-fifth of R&B group June’s Diary, has released her debut mixtape titled Beachroom.  All eight songs on the...