The rising singer pushes sonic boundaries on his debut album, "Circmvnt," out now. 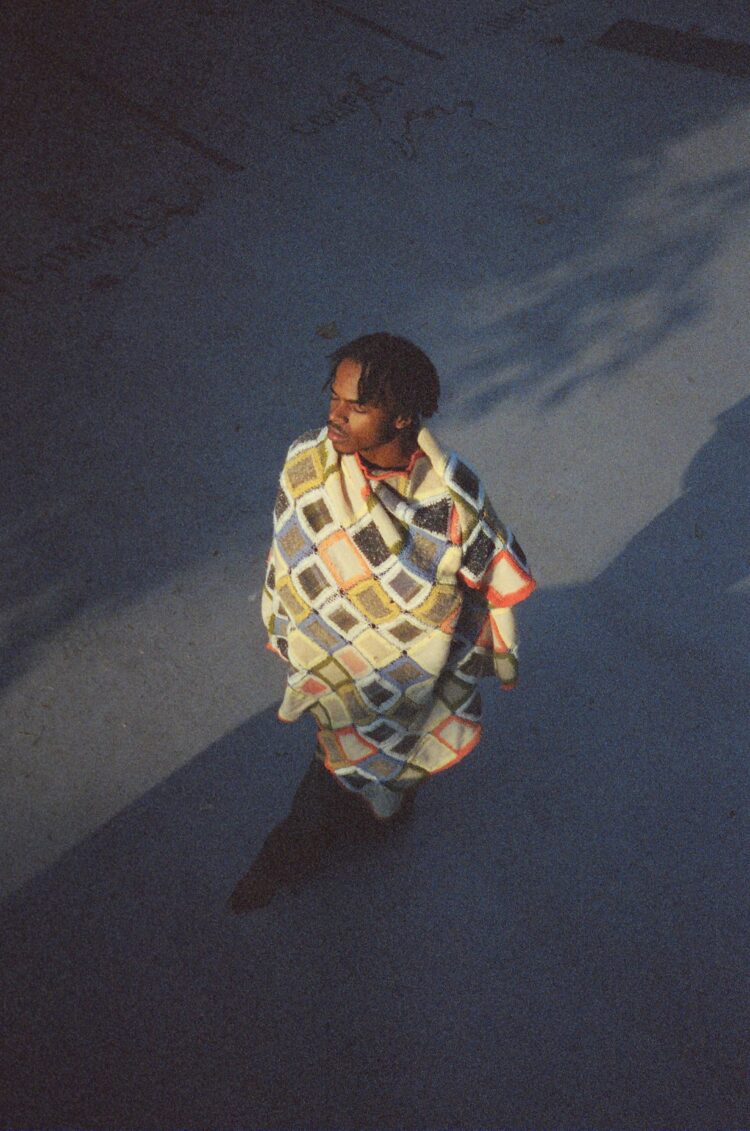 Elujay hopes that people “hate” his new album, Circmvnt, after first-listen. It may sound ironic coming from an artist, but he offers a good explanation.

“I like albums that grow on you,” he tells Rated R&B over a video call. “I’m sure there’s some fans that are probably like, ‘I don’t know about this.’ I kind of like that. I like making people think a little bit deeper.”

The Oakland, California, native spent the last two years crafting his first proper album, Circmvnt, and was faced with a few challenges along the way. Early on, he contracted COVID-19 and mononucleosis, leaving him homebound for months.

When he wasn’t binging shows like Moesha, starring Brandy, he worked on music. He channeled his thoughts about the pandemic world around him into a boundless soundscape.

“I wanted to have a darker palette for the music,” he shares about his vision for Circmvnt and determination to push himself. “I kind of expanded upon different instruments, different chord progressions and different approaches to the music.” 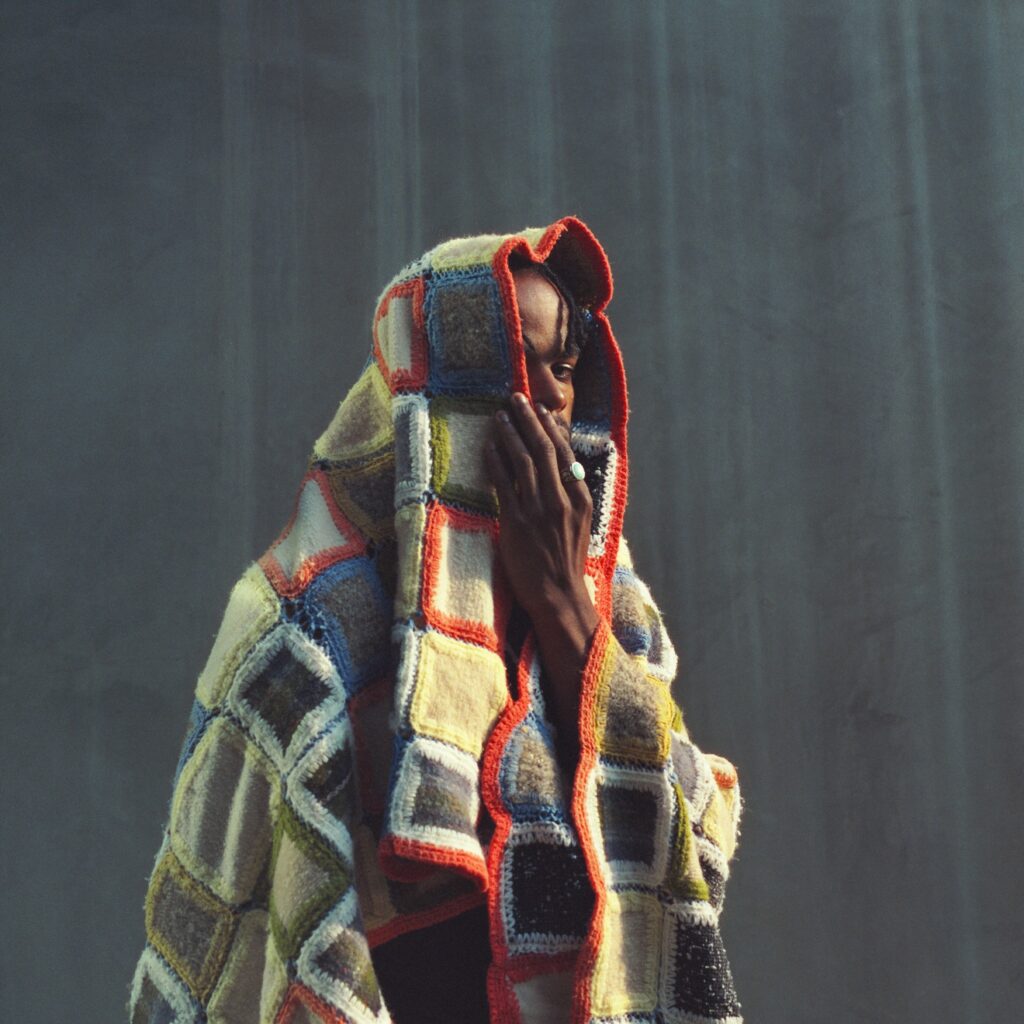 Out of all the songs on the album, he confidently says the opening track “Hummingbird (quiet as Kept)” pushed him the most. “I’ve never made a song like that,” he says before detailing how the song’s production evolved.

“I started with bass chords and was just recording vocals. I had a song in like 30 minutes. It expanded throughout the months. I added different elements.” One element he experimented with was using harmonics on the bass, which he was inspired by jazz bassist Jaco Pastorius. “It was really challenging and kind of pushed me to sing in another register.”

He also cites songs like “Farewell (stars ‘n Moon)” and “Ratrace” where he experiments with bass harmonics.

“I wanted to create a lot of juxtapositions between different songs and have them kind of play off each other,” he explains. “I wanted something that slaps, but if you really listen to the music, I’m talking about real shit.” He credits his partner (singer Eileen Sho Ji) for inspiring him to push his pen.

In our interview with Elujay, the 25-year-old opens up about a few songs from Circmvnt, explains the album cover, shares how he balances being a music and visual artist and more.

What was your vision for Circmvnt?

I wanted to give this kind of dark sound. I wanted it to feel like a cohesive project. There were so many cohesive projects that inspired it structurally wise, like Blood Orange’s Negro Swan. I just wanted to create a world and push sonic boundaries.

“Pandemia” was the last single you released ahead of Circmvnt. At what point did you get inspired to write that song?

I made that probably around [summer] 2020. It was around the time where we kind of had a paradigm shift in culture. The pandemic was just raging. There was a lot of talk about social justice. This was like an automatic response to that. There was just crazy shit going on. At the end [of the song], I say, “American unconscious / Sending our kids to school in a pandemic.” I just wanted to talk about the pandemic and the results of it.

“Luvaroq” is one of the standouts on this project. It features serpentwithfeet. What led to this collaboration?

I tweeted one day, “Lovers rock is a cozy genre.” [Serpentwithfeet] liked the tweet. Around that time, I had been making a lot of different reggae-sounding songs with jazzy-inspired riffs. I had this one song and I was like, “I don’t know if he’ll like it.” I felt like it might have been too conventional for his sound. But honestly, it was like a world that we both never entered before. People don’t really make a lot of rocksteady stuff. So I hit him up, sent him the song and he loved it. It took about four months to actually complete it because of the pandemic. I had to get stems from different people. But, it’s great. It’s a really expansive song.

“1080P” is named after the display resolution. What was your intent with this record?

I made that around October 2020. I was just having a lot of revelations about the way that we use technology and its effects on us.

The final track on the album is titled “Moesha.” Earlier, you mentioned that you watched the entire series while you were sick. The song doesn’t mention Moesha, so what was its inspiration?

The song was [originally] called “Special.” I think the reason why I did call it “Special” is because, in the show, Moesha is kind of self-centered. She has this favoritism thing to her. That song is like an affirmation — “you’re special, you’re special.” I think that’s something she would probably be saying in her head.

Could you see yourself collaborating with Brandy?

Oh yeah, for sure! “Borderline” is crazy. That first album she did when she was like 15 is crazy. One of the best definitely to ever touch the f**cking mic. A legend, hands down.

What do you hope people take away from Circmvnt?

I hope that they desire to listen to other genres outside of something that they’re comfortable with. I hope that they just appreciate good music. I didn’t want to give people just a vibey album. I wanted to challenge the listener.

Speaking of genres, in a 2019 interview, you mentioned that you thought it was weird that people called you an R&B artist. Does that statement still ring true today?

I don’t necessarily think it’s one genre. I think [my] voice is what makes it R&B-esque but the music is just music. I don’t like being pigeon-held. But I guess it’s rhythm and blues (laughs). At the end of the day, it’s about pushing the boundaries. I don’t fret anything that a listener has to say about something, or even if they compare me to somebody. I look at it as their interpretation of how they look at things. For me, there are no borders or labels. I’m a [creator]. I’m not necessarily just one thing. I’m just happy anyone’s listening and paying attention.

Before you became a recording artist, you were a visual artist. How do you align your musical self with your visual self?

That’s a hard question. I’ve just been drawing forever. I’ve been doing creative forever. I used to do graffiti and shoot photography. I still do photography. I’ve been doing music stuff forever too. Like I was taking piano lessons from 6 to 10. I view those things as second nature in a way. I don’t necessarily think I use a different part of my brain. I think it’s the same kind of thing.

In terms of photography and video direction, where do you look for inspiration?

I’m really inspired by late ’90s street photography, specifically like Davide Sorrenti, movies like Fallen Angels by Wong Kar-wai and La Haine — a French hood classic. Gritty street shit is cool to me. I just love shit that’s shot on film with real people, just dark images that have a media vibe to it. I like art house films. I like humanizing moments where you catch a candid ass photo of somebody or movies that portray real stuff that people go through.

The album cover shows you wrapped in a colorful blanket. How does this tie into the project itself?

It was random, man. Me and Khufu [Najee], the other creative I worked with a lot, had references. We had a thing that we wanted to recreate — or just make our own. We were running out of sunlight. It was kind of an accident. We got a blanket from Marquise Miller, a stylist I work with. I couldn’t see what [Khufu] was trying to do, but he had a vision and executed it. 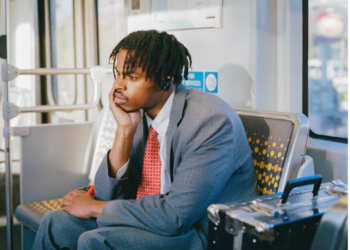 A week away from releasing his debut album Circmvnt, Elujay summons the sounds of simple easy-listening with his latest single, “Pandemia.”  Flavoring smooth... 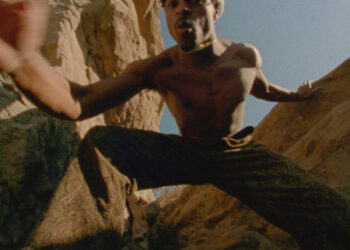 After his well-received collaboration (“Luvaroq”) with serpentwithfeet, Elujay is back with the new song “Tenfold,” co-produced by Christian Gregory. The...