Fifteen years ago, Fantasia starred in Broadway’s The Color Purple, winning tons of acclaim for her award-winning performance as Celie.

The Grammy winner will reprise her role in the Warner Bros. musical adaptation of the Pulitzer Prize-winning 1982 novel.

Fantasia confirmed the news with an Instagram post on Thursday (Feb. 3), writing, “As I sit tonight and reflect on the journey my has taken, I believe I now understand what Redemption truly feels like. The last time I stepped into this character, the similarities between what I portrayed on stage and what I experienced in my own reality were too close for comfort. I’ve learned since then that my pain was only an introduction to a great purpose of meaning and assignment.”

She continued, “I hope that every little black girl who is fighting to be heard and recognized also promises to never give up in spite of the costs.”

Oprah Winfrey, who played Sofia in the Oscar-nominated 1985 film and also has a production credit for the forthcoming musical, shared her thoughts on Fantasia getting the part of Celie again.

“Her rawness and vulnerability, along with her singing talent, means that Fantasia is going to knock it out of the park. Celie has to show such a range of emotion, coming from what feels like no strength to really being empowered,” Winfrey said in a statement from Oprah Daily.

Halle Bailey of Chloe x Halle will play Celie’s younger sister Nettie. She wrote that she’s “feeling oh so grateful to be a part of this historic film” following the announcement.

Speaking on Bailey’s role, Winfrey said, “You have to have a kind of presence that holds the space during most of the movie when Nettie is gone and you only remember her through the letters.”

Marcus Gardley has written the screenplay for the Blitz Bazawule-directed musical based on Marsha Norman’s 2005 book and Brenda Russell, Allee Willis, and Stephen Bray’s score. 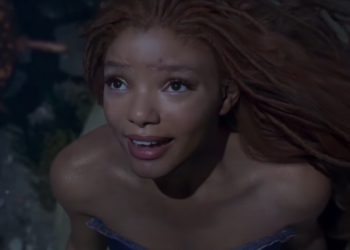