All three songs were written, composed and recorded by the LVRN/Interscope Records signee. 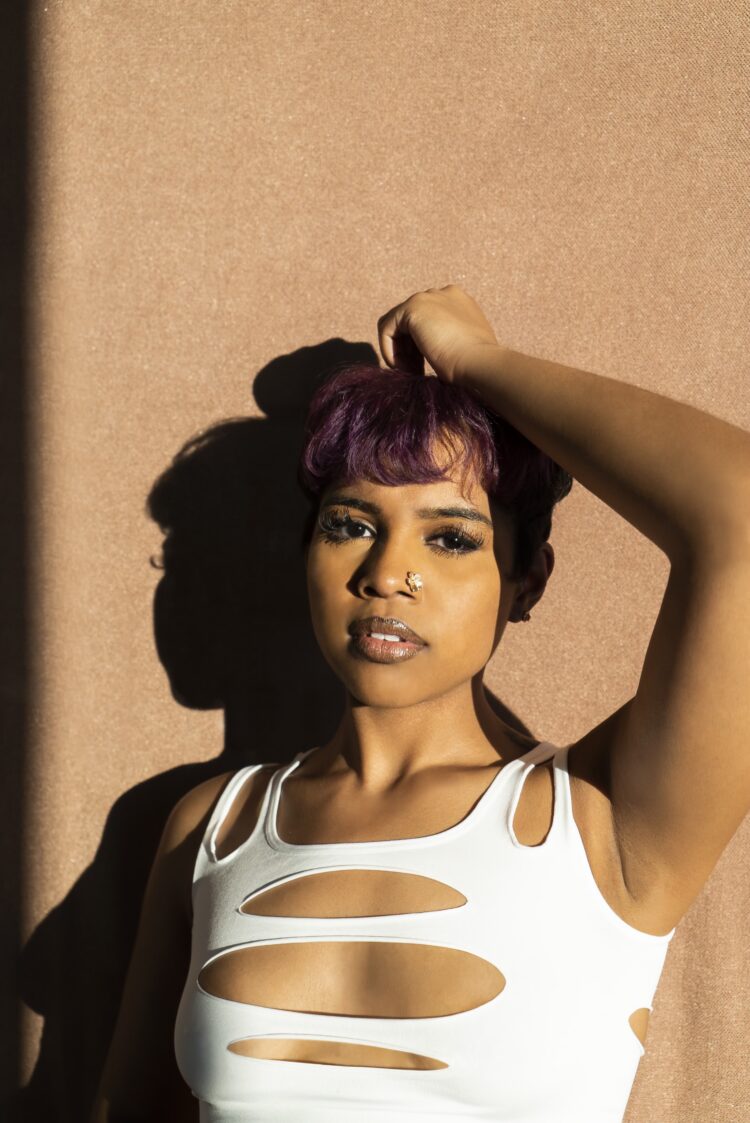 “Everything always starts from a voice note for me,” Alex Vaughn tells Rated R&B about her songwriting approach that only calls for a piano and a cell phone with a voice recorder. It’s a cathartic experience for Vaughn that doesn’t always have much intent behind it except to allow her to pour her emotions and thoughts into song. (Though, when she intends to release music, she re-records the voice memos in the studio.)

The Washington, D.C. native, who signed to LVRN/Interscope Records last fall, released her debut single “Mirage” in February. “I was in a situation with someone where I was creating a fantasy around what I wanted from that person versus what they were showing me,” Vaughn says of the song’s inspiration.

“Mirage,” written in 2019, also started as a voice memo. She wasn’t signed to a label at the time and didn’t have plans to release it. Instead, she needed to vent in her voice diary — for her ears only. “I wrote it from such a vulnerable place that I didn’t care if anything was done to it. I wrote it to get my feelings off,” Vaughn shares.

Around the summer of 2020, Vaughn’s manager, DJ Money, suggested she “bring the song out of hiding,” as she noted in an Instagram post. She eventually elevated the song with production. Vaughn explained to Infinite Vibes that while she was in Los Angeles with her manager, he played “Mirage” for a rep at LVRN. It eventually led to a meeting with the label and a deal signed, which Vaughn describes to Rated R&B as “a divine fit.”

“Mirage” will appear on Vaughn’s major-label debut EP, slated to release later this year. Ahead of the EP is a three-track single, Voice Notes, which is out now. The set is a compilation of intimate voice memo tracks that Vaughn wrote and recorded at some point in time.

“These are all from different stages of my life and my growth, figuring out how to articulate my emotions,” says Vaughn, the sole writer and composer on Voice Notes.

Opening with “The Next One,” which is also the focus track, a frustrated Vaughn ponders over unrequited love from two consecutive relationships. “Whenever it comes down to a man it / It always seems like playing you is the plan / They work you up hoping that he’s the one / Then come to find out they got another one,” Vaughn sings in the first verse.

Despite her anguish, she isn’t reluctant to find love. “I’m not giving up because I’m not a quitter / You gotta understand why I’m a little bitter / Cause these niggas is out doing whatever / Saying anything to make em’ feel bigger,” she asserts on the heart-tugging ballad.

“‘The Next One’ is about recreating your boundaries for the next person you come across in a really aggressive and musical way,” Vaughn explains. “I thought I learned the first time but I didn’t, obviously, [because it] happened again. I don’t want to block the next opportunity because I am still hurt off the last situation, but I have to make it known that I am upset right now,” she adds.

“Backslide” is the sensual tune of the bunch (“Give me pleasure, give me pain”). On the minute-long track, Vaughn sings about giving into temptation with a sneaky link, or as she describes, “Making a bad decision being okay with it.”

On the closing track, “Junkie,” Vaughn explores the depths of an addictive relationship. In the song, the protagonist is aware they are hooked to a toxic lover but isn’t ready for the withdrawal symptoms: “I know I got a problem / So don’t tell me cause I already know / I keep on itching keep on fiending for these things that I know I don’t need.”

Written in 2016, “Junkie” was inspired by a close friend who was deep into an unhealthy relationship.”Everybody has been in that space where you own whatever that decision is, knowing it’s a bad one. You’re not necessarily trying to be defensive; you just love this person and want it to work,” she says. “‘Junkie’ is a very stripped down and intimate record about trying to articulate why I am lost in this toxic situation. I’m an empath, so I always take on my friend’s feelings. I tried to write from the perspective of what I would want someone to tell me as I’m feeling this way.”

Voice Notes is raw and unrefined at its core, effectively preserving the swirl of emotions Vaughn once captured. It almost feels like we’re listening in at a recording session where there are no distractions, no glitz, no glamor, just pure heart and talent. “This is the origin of how I create my songs, and this is the method that got me to this position,” says Vaughn. “I want people to get a front seat on that process, how I express myself and how I am not afraid to share my emotions and grow.”

Vaughn admits that this is something that she’s still working through — sharing her innermost feelings in a pure form. “I feel like the beauty of art is being challenged. Sometimes as artists, we can get in our way or hold our babies (songs) so tight that we’re choking it,” Vaughn says with a light chuckle. “I feel like putting this project out is a challenge and a testament to being unafraid to share my emotions. You have to overcome fear; otherwise, it’s not right.” 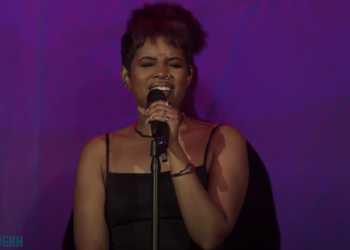 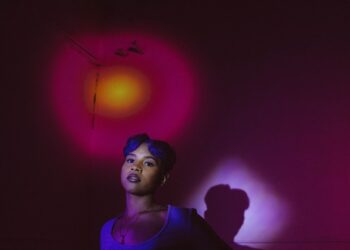 After signing with LVRN last October, Maryland native Alex Vaughn makes her official introduction with her debut single "Mirage." On...