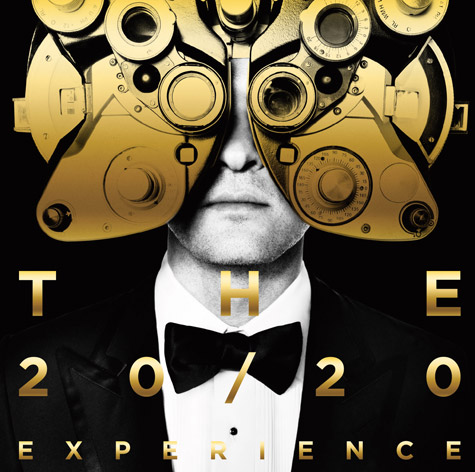 Justin Timberlake is not playing any games this year. The release of “The 20/20 Experience” marked the end of a six-year hiatus, reminding us of the talent we’d been deprived of for so long. Unbeknownst to most, the album was just half of a two-part project. “The 20/20 Experience 2 of 2” is a full-length album that picks up where the previous release left off, serving as both a treat for fans and reminder to the music industry…Justin Timberlake is here to continue his reign as pop royalty.

1. “Gimme What I Don’t Know (I Want)”: Timberlake opens the album with the smooth groove of “Gimme What I Don’t Know (I Want),” which sticks to the signature sound  Timberlake has become known with help from the production Timbaland heard throughout the album. The track serves both as fitting intro for the tone of the album and a seamless interlude for those consecutively listening to both parts of “The 20/20 Experience.”

2. “True Blood”: A direct reference to HBO series of the same name, “True Blood” picks up the pace of the album set by its intro track. With lyrics full of vampire references and production that includes eerie sounds and sporadic wailing in the distance of sporadic wailing, the track has maintains a hypnotic sound for allot its nine minutes, which keeps the listener with its repetitive mantra.

3. “Cabaret”: Timberlake enlists rapper Drake for “Cabaret,” a sexy track that perhaps would not be as tolerable otherwise. Timberlake follows the repetitive vibe of “True Blood.” The shortest cut on the album, “Cabaret” would have probably better suited the album as a bonus track, as the song seems boring and purposeless halfway into its run.

4. “TKO”: The second single from the album, “TKO” uses boxing metaphors to describe the disappointment of being betrayed by a lover in a track that doesn’t necessarily seem like a great choice as a follow-up to the album’s lead single. However, the song fits perfectly within the album and maintains the flow of the project.

6. “Murder”: Timberlake combines the live instrument feel of the previous track with a more subdued percussive sound for “Murder,” a song about the girl who is so bad…she’s deadly. Jay-Z quickly graces the track, making the song Jay-Z’s second appearance on a JT track this year after “Suit & Tie.”

7. “Drink You Away”: JT takes influences from his Memphis roots to create the country blues vibe in “Drink You Away.” Though nice for its variety and display of Justin’s range as an artist, the song does not fit in with the rest of the songs on the album. Once again, this is another track that would have been better as a novelty bonus track.

8. “You Got It On”: Timberlake gets right back to the smooth R&B vibe he’s synonymous with on this ballad. He flosses his effortless falsetto throughout the track, complementing the foundation set by the song’s warm, summery and endearing production. Arguably one of the best tracks found amidst both parts of “The 20/20 Experience.”

9. “Amnesia”: A haunting and sorrowful track, Amnesia returns the sound of Timbaland’s beat-boxing to the album. Marveling at the change in personality of a lover, Timberlake uses echoes to mimic the idea of lost memories. The track then makes a change in sound towards its end, powerfully showing the drastic change described in said lover.

10. “Only When I Walk Away”: This is a heavily produced track that could’ve been left off of the album entirely. Somewhat hard to listen to and enjoy, the song doesn’t urge you to want to get to the end of “The 20/20 Experience” and seems mostly experimental.

J. Williams is a Contributor for Rated RnB. For more from J. Williams, visit http://jwilliams.TV.