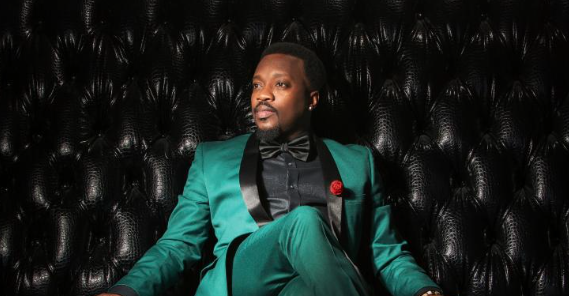 Anthony Hamilton has consistently put out solid studio albums over the years. Now, the “Charlene” crooner adds a holiday album, Home for the Holidays, to his discography. Due in stores today (Oct. 21), Home for the Holidays consists of six original tracks and Hamilton’s rendition of Christmas classics such as “This Christmas,” “Little Drummer Boy” and “Away in a Manger,” to name a few. Hamilton isn’t the only singer on this album, though. The North Carolina native enlisted Chaka Khan, Devin DeGraw and ZZ Ward to be a part of the album.

At the end of November, Hamilton will kick off his 17-city Home for the Holidays Tour to promote his first-ever Christmas album.

Before getting too busy with his schedule, Hamilton sat down with Rated RnB to talk about why he did a holiday album, getting into the holiday spirit to create the album, working with a legend like Chaka Khan,  a status update on next his studio album and more.

RATED RNB: What made you decide to do a holiday album?
ANTHONY HAMILTON: I’ve heard them over the years and always thought they were kind of cool when an artist did that. I felt like it was a great time.

RR: How did you get into the holiday spirit to record this album?
AH: It was hard as hell (laughs). The music was so good it outweighed the mental process going into it. It kind of made it easier — turned the air conditioner up full blast.

RR: How do you believe Home for the Holidays is different from any other holiday album?
AH: Me. The way I deliver my music. The way my spirit talks to the people — the way my music translates through people. It’s more comfortable. They won’t feel out of place. I’m a polished act they’re listening to. They’re like, “Okay. It’s Anthony Hamilton. We know him. We get it. This is the Christmas we celebrate, too.”

RR: What can people expect from your Home for the Holidays Tour?
AH: Me and my band to bring the songs to life. I might even dress up like a Reindeer (laughs).

RR: You collaborated with Chaka Khan, Gavin DeGraw, and ZZ Ward for this album. How did you decide on who you wanted to duet with?

AH:  I’ve always wanted to work with a legend like Chaka Khan. We had been bumping into each a lot at different shows. We had just did Bonaroo. I was like “ You know What. This song would sound good with a jazzy type of voice.” And she wanted to do jazz. It was perfect and exciting for the people. Gavin DeGraw — We’ve been buddies for a while. We’ve been meaning to work together but our schedules never permitted. It all lined up, though. ZZ Ward — I’m just a big fan of her and what she brings to the table.

RR: I hear you’re working on your new album. What’s the status of that project? What direction are you going on this project?
AH: Well, I’ve got a lot of work to do on that one. I’m kind of just getting started on it. It’s going to be great — probably one of the best ones yet. I want to give the people something different — reinvent the wheel just a little bit, just enough on a few songs to make them feel like, “Okay. This guy has grown. He’s seen the world. He’s seen some things of change.”

RR: Anything you’re working on?
AH: Hopefully I’m about to be on this TV show called “The Empire” on FOX. I’m going on tour for the Christmas record. That’s about it. Promoting other acts.

Buy Home for the Holidays on iTunes and Amazon now!