Mary J. Blige Talks ‘London Sessions’ Album + Her Artistry: ‘I Felt Like I Was Getting Stale In My Own Career’ 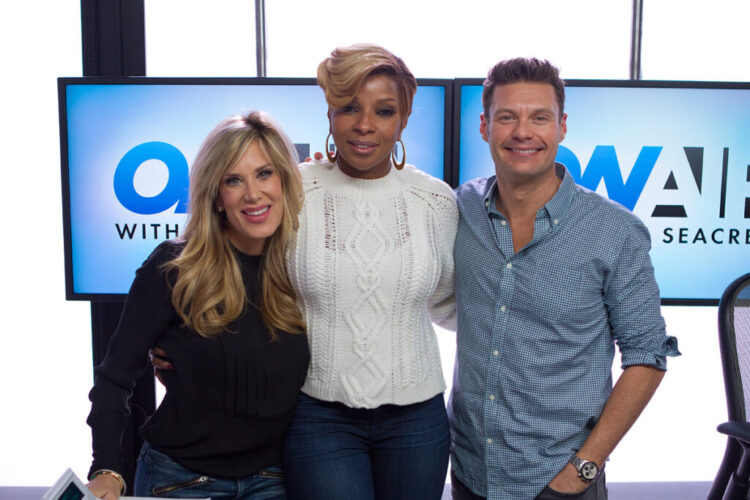 In less than two weeks, Mary J. Blige’s 13th studio album The London Sessions will be accessible in-stores and online. The “Just Fine” singer made a visit to On Air with Ryan Seacrest on Tuesday (Nov. 18) to spread the word about her forthcoming project.

While Blige has been vocal about the “F For You” remix with Disclosure leading her to London to record new music, she shared an additional reason with the radio hosts. “I just felt like I was getting stale in my own career as an artist,” she told Seacrest and his co-host. “I needed to completely do something different.”

Following the Disclosure remix, Blige teamed up with British crooner Sam Smith for his powerful ballad “Stay With Me.” Before she made it overseas to record with Smith, she found out that he was “so honest and genuine” and “a beautiful person.” She believes that she has “a friend in Sam cause we got to know each other.”

While staying in London, Blige wanted to share a special moment with the late Amy Winehouse’s father Mitchell Winehouse. She felt it was fitting to meet Amy’s father instead of visiting the singer’s gravesite because she wanted to “celebrate her life” and not her death. “I never got the chance to get to her, and talk to her, and tell her how similar our lives [were] and tell her what a huge fan I was, and how great she was,” she said. “So I wanted to see her dad, and spoke to her father and told him how much I love his daughter.”

The London Sessions arrives on December 2. If you pre-order the album on iTunes today, you can get four songs instantly including “Right Now” and “Whole Damn Year.”

Listen to the entire interview with MJB and Ryan Seacrest below.

Also, Blige is nominated for two 2014 Rated RnB Music Awards including Record of the Year for her Sam Smith co-penned song “Therapy.” Her fans can vote for here.