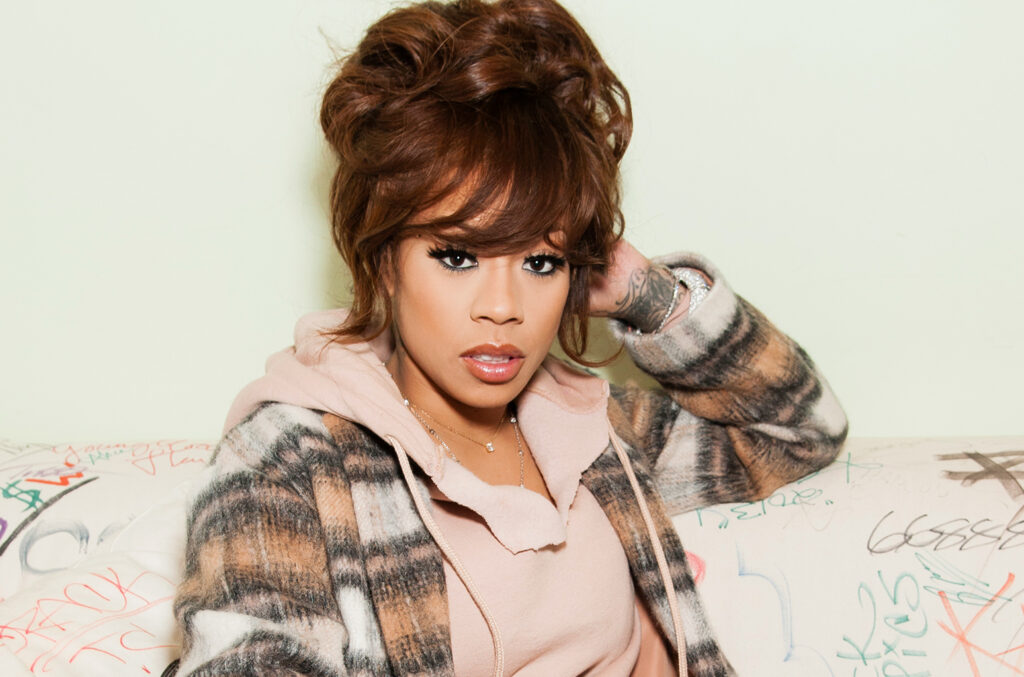 In February, we launched our new monthly feature, Underrated, with R&B legend Toni Braxton and her notable album gems as our primary focus. This time around, we are putting the spotlight on singer-songwriter Keyshia Cole, who is now a certified R&B vet.

The Oakland, Calif. native introduced herself to listeners in 2004 with her expressive voice and relatable narrative on the troubling tales of love and life. Now, seven albums into her decade-long career, the Grammy-nominated artist has a discography that has a few celebrated hits but an abundance of material that hasn’t gotten its rightful respect.

Take a look at our list of Cole’s 10 most slept-on records. We even share a love lesson or two about some of these records. (Sidenote: This list of songs does not include material from her Point of No Return album or her latest album 11:11 Reset, which she plans to repackage with three new songs.)

For an artist who sings directly from their soul, being pitch perfect doesn’t normally matter. Keyshia Cole proved this on fan-favorite and one of her best post-breakup anthems “Love, Thought You Had My Back.”

Sampling “Love Jones” by Brighter Side of Darkness, Keyshia finds herself interrogating love for not holding up its end of the bargain after her latest love-affair blew up in flames.

Now that the relationship has ended, Keyshia offers a word of advice to listeners who still believe in a happily-ever-afters. “You gotta know your focus in life / And if love is your focus /Then man pay attention,” she says.

Have you ever wanted to take a friendship to the next level with someone? Keyshia found herself sharing those same feelings on this silky track off her debut album.

Over a slow-burning instrumental, and singing with unfledged vocals, Keyshia pictures a perfect life with a friend she wants to pursue a deeper connection with.

“If you’d be cool with me / You’ll see, that I’m all you need and all that you dream / And never would leave, you’ll be by my side forever / Swear to God we’ll grow old together, then reality would be you and me,” she sings.

After sharing the spotlight with some of hip-hop’s OG’s (Missy Elliott, Lil’ Kim and Too $hort) on the first two tracks of Just Like You, Keyshia takes on “Fallin’ Out” by herself and unleashes a bottle of emotions on the way things used to be with her lover.

Starting off with dramatic strings, and a sizzling sound effect, the R&B veteran dwindles out of love with a man who isn’t who she first fell in love with. “I remember when, I’d be with my friends / You checked on me and made time to call / But how things have changed? — now I don’t hear from you at all,” she sings.

Many critics have deeded Keyshia Cole’s Just Like You album a daughter to Mary J Blige’s personal My Life album. This opinion holds some weight as “Fallin’ Out” slightly mirrors Rose Royce’s “I’m Goin’ Down,” which was made popular in the ‘90s by Blige. Keyshia’s song, however, takes a far deeper lyrical approach than Blige’s bluesy rendition.

Come through, drums! With producer Scott Storch still blazing, Keyshia called on him to bring the bass and co-pen this mid-tempo banger.

On the retro track, Keyshia thought she found someone special, but she was sadly mistaken when he started playing games with her heart. After experiencing a breakup, she requires a little “more” from her next man.

“Give Me More” allows Storch to put his musicianship on display as he lets loose with an electric guitar towards the end of the track.

Following the multiple Grammy nominations for her Just Like You album, Keyshia decided to make a drastic artistic shift, leaning more towards a universal sound for her follow-up, A Different Me.

If there was one record from Keyshia’s A Different Me album that had the ability to reach a more mainstream audience, it was her country-inspired song, “This is Us.”

Supported by an acoustic guitar, a timid drum pattern and sugary analogies on an imperfectly perfect relationship, Keyshia showcased that she was able to tap into new genres of music and sound outstanding.

Allegedly, “This is Us” was expected to be released as the fourth and final single from A Different Me. Keyshia’s pregnancy probably played a huge factor in the failure to move forward with “Us” as a single.

7. “Tired of Doing Me” featuring Tank from the album Calling All Hearts (2010)

Keyshia is never afraid to share an R&B moment with artists she admires. She invites Tank to help her explain the emptiness of being alone after realizing the value of finding that special person.

In separate verses, the R&B General recounts his life as a bachelor while Keysh explains why she was hesitant about falling in love again. The two singers find a happy medium on the bridge, accepting that “doing me ain’t working no more.”

Caught up in the rapture of love with then-husband Daniel “Boobie” Gibson, Keyshia tried her luck at making some “grown-folk” music. She succeeded with this intimately composed ballad.

On the sensual track, Keyshia paints the ultimate love scene in her head about how her man makes her temperature rise. “I can feel you kissing me, oh so softly / Making love baby, I can feel your heartbeat / Baby, don’t stop,” she passionately sings.

She is vocally excellent on this song, using the right breathing techniques to set the mood just right for love-making. This record is perfect to play for an anniversary or a just an “I love you” moment for your significant other.

“Shaft!” is the immediate phrase that comes to mind when the funky instrumental starts off the track. Keyshia does Isaac Hayes’ “Shafts Theme” justice with this four-minute conversational tune on recouping after the dust settles from an unsuccessful romance.

On the BINK!-produced track, Keyshia uses her speaking voice to informally elaborate on the painful accuracies of how we repeatedly let our lovers hurt us but always managing to find it in our hearts to give them one more chance. Most times we convince ourselves we need them when we actually are better off without them. “When I’m with you, my heart skips a beat / Oh, I want you back I need you bad / But I gotta get over you, “ she sings.

Thankfully, she gathers feelings towards the end of the deluxe edition record, leaving us with a final realization. “Guess you gotta let that go / If it ain’t yours, it ain’t yours / You gotta let it go / I now it’s hard but you can do better,” she preaches.

After a lukewarm response for her Calling All Hearts album, Keyshia came strong with Woman to Woman. Her hard work shows on this slow-paced ballad featuring background vocals from Robin Thicke.

Being in a relationship without a title two things: mixed feelings and heartbreak. To limit confusion, simply making the “next move” and asking the hard but seriously needed questions, “Are we going to be monogamous or should we just see other people?”

If we don’t have this conversation early on, we’ll probably end up like Keyshia does on the second verse. “I hate the fact, we never set the rules / So I can’t even trip when you want to act brand new / But I still get mad when you walk out the room / But the truth is: I’m not the only one loving you,” she painfully remembers.

“Same Thing (Interlude)” from the album Just Like You

Serving as a transition between songs “Heaven Sent” and “Got to Get My Heart Back,” this nearly two-minute tease makes us want to fight Keyshia. While she pours out her emotions about the redundant behavior of her two-timing ex, she indirectly plays with ours. This interlude deserved more. We wanted more. 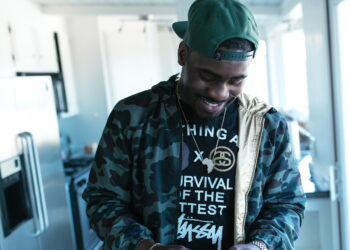