Whenever Teedra Moses touches a mic, you’re bound to feel it in your soul. HBO’s Insecure creator Issa Rae highlighted the talented songstress on her second installment of Pieces.

Rocking an all-black form fitting one piece, Moses kept it real and comical as she engaged with her fans while effortlessly performing songs off her cult classic album, Complex Simplicity. Moses revealed that she wrote, “Be Your Girl” with a New York rapper in mind.

“It was like my open letter to Nas,” she said. “I really wanted to be his girl so bad. I thought that I was gonna sing this song, I was gonna do a video, I was gonna look beautiful and he was gonna be beatin’ down my door to marry me.”

During mid-performance, the band switches the vibe up with their rendition of the KAYTRANADA remix. Moses ended her set with a captivating performance of “Backstroke.” She mentioned that men love the song even though they don’t seem to know what it’s really about.

Although we were expecting Moses to release The Bullshit EP last year, she appeared on Rico Love’s Even Kings Die album instead.

Watch her Pieces performances below. 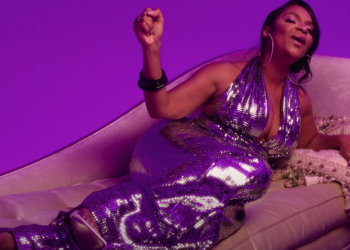 A week after debuting her new song “Make Me,” Teedra Moses has revealed its delicately colored video.  To bring the...