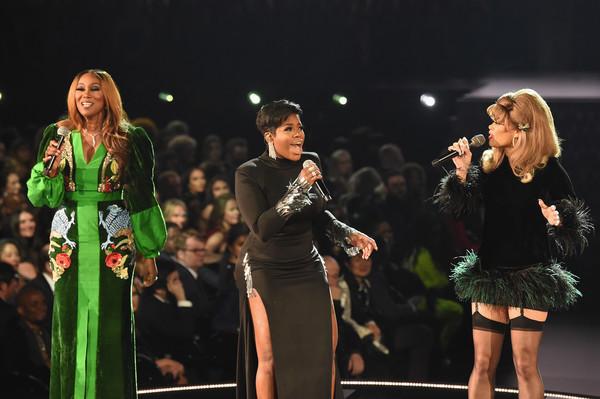 As the last performance of the night, Andra Day, Yolanda Adams and Fantasia gave an astounding tribute to Ms. Aretha Franklin.

The three talented women graced the stage to close the in memoriam segment of the ceremony. Each vocalist contributed their recognizable essence to the stirring performance of Aretha’s hit, “(You Make Me Feel) Like A Natural Woman.”

With a black and white photo montage of Ms. Franklin behind them as they performed, the ladies filled the arena with her spirit. In a short black feathered piece and her signature bouffant, Day led the song with her melodically gripping voice. Adams took her turn in a long and regal two-tone green dress, providing even and polished vocals. Sporting a long and backless black gown, Fantasia completed the round with her infamous grit, bringing the consonant group together.

As the trio took turns showcasing their range and became one on the chorus, their stunning mixture of vocal acrobatics was met with a much-deserved standing ovation.

Watch a clip of their soulful performance below.

These 3 SINGERS did this effortlessly. 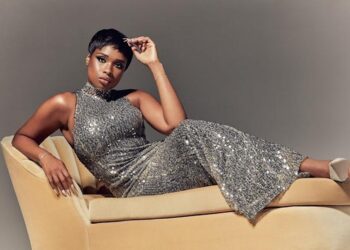