Robin Thicke Performs ‘That’s What Love Can Do’ on ‘Steve’ 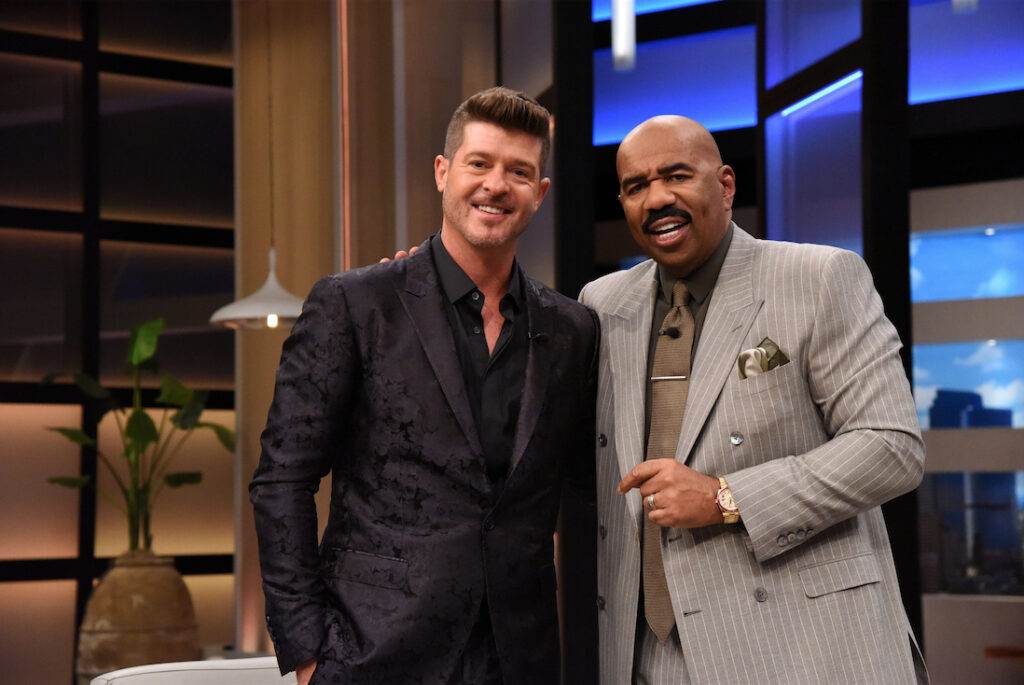 After his three-year hiatus from performing on television, Robin Thicke returned to Steve on Tuesday to perform his latest single “That’s What Love Can Do.”

Stationed behind a piano and joined by a six-man band, the smooth singer delivered a stirring performance of his feel-good song.

“Turn a boy into a good man / Make a queen feel like a princess / One kiss at the perfect moment / Bruises start to heal / That’s what love can do,” Thicke sings in his signature falsetto voice.

Thicke also sat down with host Steve Harvey, where he talked about fatherhood.

In other news, Thicke is gearing up for his next album that is slated to release later this year via Thicke Music/Empire. The project will also include the lead single “Testify,” which premiered last December.