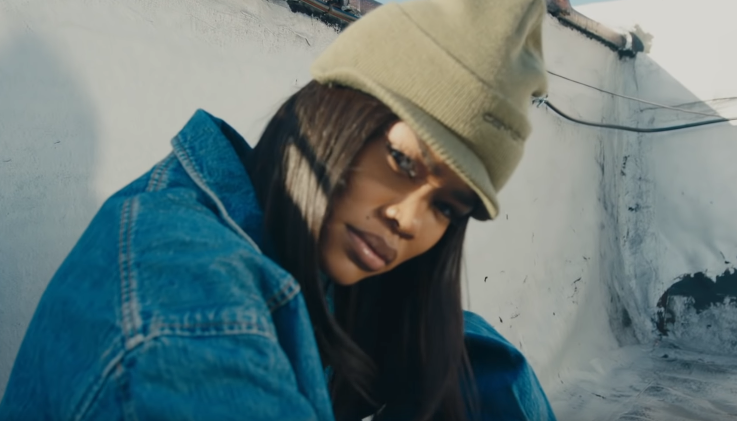 It’s a good day to be a Teyana Taylor fan. The go-getting creative has hinted at a possible release date for her untitled third album.

While commenting on posts from her fans on Twitter on Tuesday morning (Oct. 15), Taylor came across a hilarious tweet that questioned when she putting out new music. She replied, promising that her next album is dropping on December 6.

A swarm of fans stormed the tweet to reply with excitement. One fan demanded that Taylor’s unreleased Kehlani duet make the track list. She commented back, saying, “Yes. We are shooting the video for it on the 18th.”

Yes. We are shooting the video for it on the 18th https://t.co/IiApIAfUR2

The unofficial release date for her certified gold album Keep That Same Energy (K.T.S.E.) doesn’t seem far fetched. She actually told global icon Elton John on his Apple Music show in March that her next album would be “definitely” coming out this year.

Taylor also revealed that her G.O.O.D. Music leader Kanye West won’t be the only genius behind the magic of her forthcoming work. “This one is a little bit of everybody,” she told John. “I want to kind of explore a little bit more, get a couple more people involved, to really, really bring to life my vision.”

Back in August, Taylor released her King Combs-assisted single “How You Want It?” She packaged the nostalgic track with a ’90s-inspired hip-hop video.

In other news, Taylor has been tapped to star in Paramount’s sequel to 1988’s comedy film Coming to America.