The award is celebrating its 25th anniversary this Sunday. 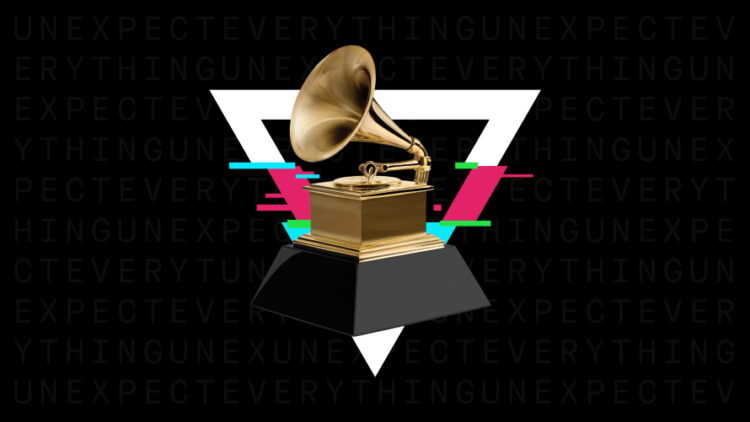 It’s hard to believe that the Best R&B Album category will be celebrating its 25th year of existence at the 62nd Annual Grammy Awards this Sunday. No, the respected trophy hasn’t been around as long as the annual ceremony, which was first held in May 1959.

The R&B category was not expanded to include the album prize until the 37th Annual Grammy Awards in 1995. In other album additions that year, the Recording Academy introduced an album category for rock while they reinstated those in pop and country with new names.

The unprecedented move seemingly gave artists in respective genres a greater opportunity to be awarded an overall album Grammy, instead of just battling for the highly competitive Album of the Year honor.

By 1995, Stevie Wonder, Michael Jackson, Lionel Richie, Quincy Jones, Natalie Cole, and Whitney Houston were the only R&B/soul acts to win Album of the Year. The former iconic music force had the most victories as an R&B performer with three total.

When the category debuted in the R&B field, works by emerging and established artists were recognized in a way that could have been overlooked in the Album of the Year realm.

When the six nominees were revealed for the inaugural award, it mostly contained releases by soul greats such as Anita Baker, Luther Vandross, and Gladys Knight. The category was also opened to R&B contemporaries like Tevin Campbell, Me’Shell NdegéOcello and Boyz II Men.

The latter act, who released their multiple-record breaking II album in 1994, took home the first-ever Best R&B Album award. The 12-time platinum LP featured the number-one hits “I’ll Make Love to You” and “On Bended Knee.”

A year after Boyz II Men won the Grammy, another multi-platinum selling R&B group followed in their footsteps. TLC, one of the biggest female groups of all time, won against the likes of Prince, D’Angelo, Mary J. Blige, and Barry White for their breakthrough album CrazySexyCool.

The diamond-certified LP, which remains the top-selling album by any female group in the United States, was released following their overtly scandalous headlines, including their Chapter 11 bankruptcy and Left Eye’s flaming boyfriend drama.

This honor was dedicated to artists who delivered “quality traditional R&B vocals” on their bodies of work. Patti LaBelle snagged the first-ever trophy at the 41st Annual Grammy Awards for Live! One Night Only, a two-disc live album.

At the 42nd Annual Grammy Awards in 2000, TLC was presented with its second Best R&B Album trophy for FanMail. This impressive feat made the trio the first act to win this award twice.

Given that times had changed from the ‘90s to the early 2000s, R&B started to take new shape in the musical soundscape. Influenced by more hip-hop elements and fewer expressions of classic soul, the Academy decided to grow the R&B field with a fresh album category in 2003.

It also considered established artists like Janet Jackson, R. Kelly, Mary J. Blige, Mariah Carey, Brandy and Faith Evans, whose work had caught on to the new wave of R&B.

Awards for both the Best R&B Album and Best Contemporary Album existed from 2003 to 2011. The latter honor was axed, as well as four other awards in the R&B field  — best male and female, group vocal, urban/alternative performance — after the Recording Academy drastically reduced categories from 109 to 78 following the 53rd Annual Grammy Awards.

According to then-Academy President/CEO Neil Portnow, the main objective behind the revision was to continue “competition and prestige of the highest and only peer-recognized award in music.”

Despite the efforts of guaranteeing a “balanced and viable process,” Best R&B Album was yet again open to submissions from artists whose work was typically considered for the now-eliminated award.

The effects of this refined change were noticeable at the 54th Annual Grammy Awards when Chris Brown’s F.A.M.E. album won over “regular R&B” albums by traditional R&B acts like Ledisi and El DeBarge.

Months after the surprising win and a year after the music communities outcry for diverse categories, the Recording Academy added three new trophies, including Best Urban Contemporary Album.

The decision for the newest album award to join the R&B field came after Ivan Barias, an award-winning songwriter/producer, rallied other “veterans” and “heavyweights” to give “anyone that’s singing on urban radio” a category-specific to their radio-ready production and charismatic voices.

Aimed at “artists whose music includes the more contemporary elements of R&B and may incorporate production elements found in urban pop, urban Euro-pop, urban rock, and urban alternative,” the Best Urban Contemporary Album honor made adequate room again for R&B conservatives and their essential work to be fully celebrated for Best R&B Album, while giving progressive artists their own space to be awarded.

Since the creation of the Best Urban Contemporary Album award, which has seen seven winners, the award for Best R&B Album has been handed out to the likes of Robert Glasper and Bruno Mars.

This year’s nominees include fresh faces mix with familiar ones. Ella Mai, who won Best R&B Song for “Boo’d Up” last year, is the only female artist nominated for the 25th Best R&B Album Grammy. Her nod is for her self-titled debut, which appeared on Rated R&B’s 25 Best R&B Albums of 2018 list.

First-time nominee Lucky Daye is hoping to pick up Best R&B Album for his Painted debut. Daye’s fellow New Orleans friend PJ Morton is right at home in this category.

PAUL is Morton’s third consecutive album to achieve a nomination for this award. The versatile performer is the only artist to achieve this feat in this respected category. He is looking for his first win this year.

Left-field artist Anderson .Paak, nominated for his highly-praised Ventura album, is the only Best R&B Album nominee this year to have been nominated for Best Urban Contemporary Album (Malibu, 2017).

Lastly, BJ The Chicago Kid’s sophomore album 1123 is the second Best R&B Album challenger to have an all numerical album title. The first artist is late icon Prince, whose 3121 album was nominated in 2007 at the 49th Annual Grammy Awards.

To find out who will snag their first win for Best R&B Album, make sure to tune into 62nd Annual Grammy Awards live on Sunday, January 26 at 8 p.m. EST / 5 p.m. PST. The ceremony will be hosted by 15-time Grammy winner Alicia Keys.

And keep it locked to Rated R&B. We’ll continue celebrating the 25th anniversary of the eminent award ahead of this Sunday’s ceremony, with more past and present facts that have truly shaped the category.

So far, what fact about the Best R&B Album category shocked you the most? Tweet Antwane at @iam_antwane.

Ella Mai’s ‘Not Another Love Song’ Gets Certified Gold

Ella Mai has a renewal offer from the Recording Industry Association of America (RIAA), and the signing bonus comes with another...