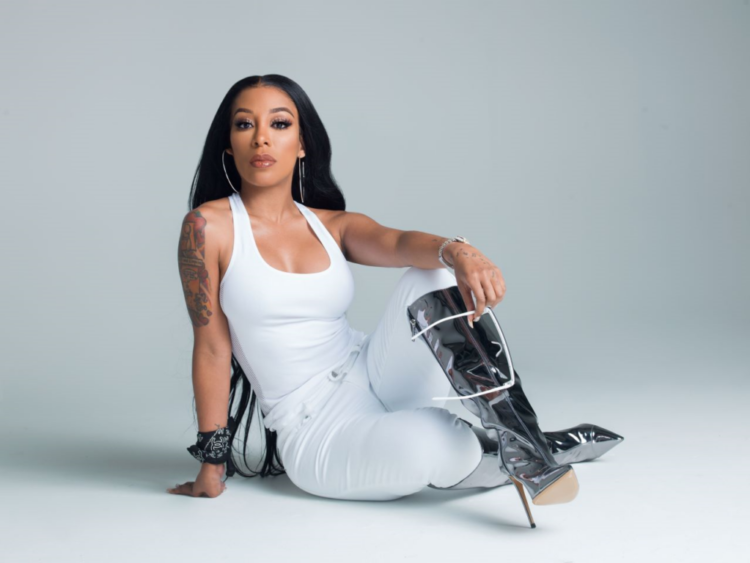 Leave it to K. Michelle to have released her best album since Anybody Wanna Buy a Heart?.

Two years after releasing Kimberly: The People I Used to Know, the R&B star is back and better than ever with her new album All Monsters Are Human.

At 13 songs, K. Michelle took no interest in carrying the torch of new-wave R&B on her first independent release. Instead, she took a fresh and even nostalgic turn that finds her remaining very much her own artist.

Led by her growing radio hit “The Rain,” which is now her highest-charting single on the Billboard Adult R&B Songs chart, All Monsters Are Human sounds nothing like her first four albums. Her reason is clearly justified.

“I wanted to lean into lighter songs because I was trying to be in a lighter place and not feel as heavy on a lot of the songs that made the album,” the Memphis native told Rated R&B in a recent interview. “I was heavy for two years sick. When I got in the booth this time, I was happy to be back in there and I didn’t want to be that heavy. I recorded a lot in different booths and different fashions but the songs that made the album seemed to me like the days weren’t so heavy.”

It’s easy to listen to All Monsters Are Human and love each record without skipping one. In fact, hitting the repeat button on a few cuts is likely to happen more than once. Each song is a moment, so they should be praised back-to-back for their separate glory.

Check out our top five picks from this album.

K. Michelle has what it takes to be a country star – the telling stories and the emotional range to sing on a mountain top. On the opening track, this country-R&B ditty is a tearjerker that recounts the singer’s tumultuous last two years. She expresses thoughts that were once silent like quitting music and feelings of abandonment from loved ones, while she dealt with the aftermath of post-surgery complications. In short, you’ll need a tissue for this one.

Feeling the wild effects of late-night Whiskey drinking, K. Michelle is turnt and hoping her man’s pull up game is strong. Like a kid in a candy store, the lit-singer is in awe as her man puts down passionate lovemaking in every way that she never imagined. Simply put, find someone who exceeds your freak number.

K. Michelle has questions and wants answers on this undeniable soft-rock gem. In deep thought, the singer is musing over a relationship that has brought her more grief than joy. Behind ‘80s-style synths and guitar strikes, K. Michelle puts on a throaty performance as she attempts to piece her life and heart back together.

Sometimes one woman’s trash is another woman’s treasure. On this trippy and fluid track, the singer is eager to take up the slack of a woman who’s been dating her toxic man that she wants. Despite his serious clown behavior, K doesn’t mind his old fling sending him her way. And if K is looking for a duet partner for a potential remix, Tank would be perfect here.

Out with the old, in with the new. Per usual, K. Michelle is shooting straight from the hip on this cold-hearted kiss-off track. Refusing to be blinded by the idea of marriage and other love advances, the unfazed singer is sending her man right back where she found him – to his ex. Ouch.

Stream All Monsters Are Human below.