The classics played during the April 18 rematch

Ladies and gentlemen, this is the moment you’ve all been waiting for. Kenneth “Babyface” Edmonds and Teddy Riley made Verzuz history on Monday evening, competing in an epic Instagram Live battle.

The match, organized by legendary hitmakers Swizz Beatz and Timbaland, was three weeks in the making. Between the original release date (April 5) being moved and Babyface and his family recovering from their COVID-19 diagnosis to the major audio issues from Riley and his in-home concert/studio experience on last Saturday, the time had finally come for the two R&B cultural icons to let their sheer greatness shine.

The competition, which almost consisted of 20 rounds of classics that the two either wrote, produced, or performed, officially kicked off at 8:15 p.m. on Babyface’s official Instagram page.

Dressed in a burgundy velvet blazer, with candles and two of his 11 Grammys placed behind him, Babyface proved why he’s such a smooth debonair.

Riley, equally as clean, came through dripping in a black silk tracksuit. No, the New Jack Swing pioneer didn’t have an entourage. He did have a few minor audio kinks that were pointed out by the hundred of thousands viewers.

Despite playing three classics from their production and songwriting discography on Saturday night, the two goats came with a brand new list of songs.

Instead of returning with “The Show” by Slick Rick, Riley started the match with “Right Here” by SWV. Babyface kept The Deele’s “Two Occasions” on reserve, and introduced “Love Should’ve Brought You Home” by his musical wife Toni Braxton with a story about the icon Michael Jackson wanting to take Halle Berry on a date.

Nearly 10 songs in, the Instagram Live cut off due to its hour auto-stop. But, the battle continued swiftly on Babyface’s Instagram page minutes later.

Between the 20 classics, and Babyface serenading us during round 13 with an acoustic performance of his own hit “When Can I See You,” two things can be taken away from this historic battle: Babyface is a strategist – always thinking ahead; Riley is impulsive – in the moment.

While he said that they were keeping each other on their toes, it was clear that he had the upper hand. For instance, when Riley played Blackstreet’s “Deep,” Babyface countered with “Red Light Special” by TLC.

With a long, remarkable career of writing and producing megahits for not only himself, but for the finest in music (Toni Braxton, Whitney Houston, Boyz II Men), his placements seamlessly predicted most of Riley’s moves.

Don’t count Riley out. The versatile musician didn’t come with just R&B-tinged tracks; he came hard with hip-hop bangers like “Get You Home” by Foxy Brown and Babyface and JAY Z’s “The City is Mine.”

Some may have called last Saturday’s battle a “complete fail,” but tonight truly allowed viewers to hear never before heard music stories, and reintroduce themselves to shelved acts like Karyn White while indulging in an overload of nostalgia.

Now, Instagram didn’t allow the two iconic figures to officially finish their 20 rounds of classics. Both were unable to join each other’s iG lives.

Riley also kept viewers entertained with his keyboard and a few Michael Jackson gems like “Dangerous” and “Remember the Time.”

One more note: Babyface made it clear that he doesn’t remix.

Relive the magic between Teddy Riley vs. Babyface, courtesy of RATED R&B, below. 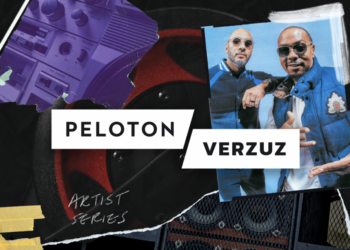