The soulful singer also launched his own record label called My Music Box. 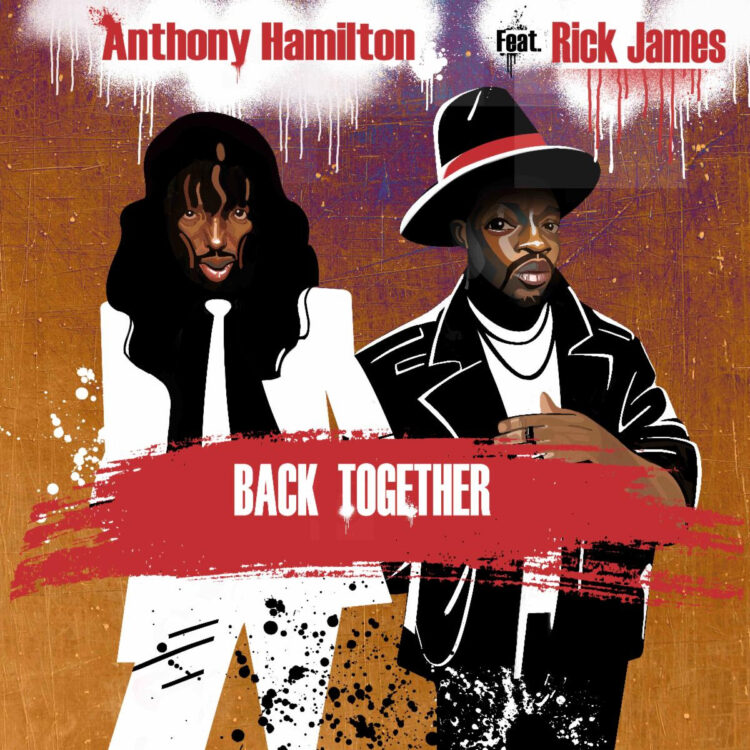 Anthony Hamilton is taking his music career to the next level. The soulful singer has launched his own record label called My Music Box, in partnership with BMG. The first release under his label is “Back Together” featuring the late Rick James.

The feel-good song was co-written by Hamilton and Ed D. Kane and was produced by the legendary 9th Wonder. James’ vocals appear on the song via a sample that 9th Wonder pulled from his vault.

Speaking on his new single, Hamilton says, “Growing up listening to ‘Super Freak’ and ‘Fire and Desire’ made it impossible not to want to sing. This is when I knew, Rick James would be an all-time favorite.”

He continues, “9th Wonder flipped the sample right in front of me. I wrote the song in a way to make it feel like Rick was singing along with me. ‘Back Together’ pays homage to one of the greats. To me, it’s also about love and getting back together with someone you knew was special. In this time of COVID-19, it took on a new meaning too. It means getting back to our lives. Be close to those who are special to you. We all want to be close to anybody right now.”

9th Wonder added, “Efficient…like fast. The way he pens songs that are meaningful in such a short timeframe…I’ve seen writers do that for artists in R&B…but when artists do it themselves…it’s a joy to watch. Genius level, with that much soul and feeling. [Anthony Hamilton] is a genius!”

“Back Together” is the first single from Hamilton’s upcoming album that is slated to arrive later this summer. It will follow his 2016 LP, What I’m Feeling, which debuted at No. 2 on Billboard’s Top R&B/Hip-Hop Albums chart.

In other news, Hamilton recently co-wrote Kem’s new single “Lie To Me,” which has reached the top 10 on Billboard’s Adult R&B Airplay chart.

Listen to “Back Together” by Anthony Hamilton featuring Rick James below.