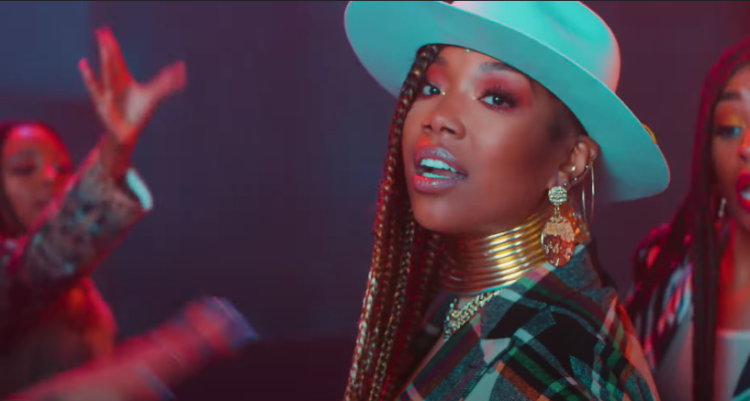 After returning with her new single “Baby Mama” last Friday, Brandy follows up with the supporting music video.

Collaborating with Derek Blanks and Frank Gatson, the video shows Brandy in a warehouse dancing with a gang of swagged-out melanin queens.

The visual alternates to solo scenes of Brandy, throwing her braids back and forth in streetwear. She is later joined by Chance the Rapper, who spits his rap near an old-fashioned car.

What truly makes this video special to watch is the undeniable glow Brandy possesses in each frame. She indeed is in her element, having a good time on set from start to finish.

The video also draws inspiration from the 1969 musical Sweet Charity, where legend Sammy Davis Jr. performed “The Rhythm of Life.”

“Baby Mama” is the lead single from Brandy’s upcoming seventh album that is expected to arrive later this year.