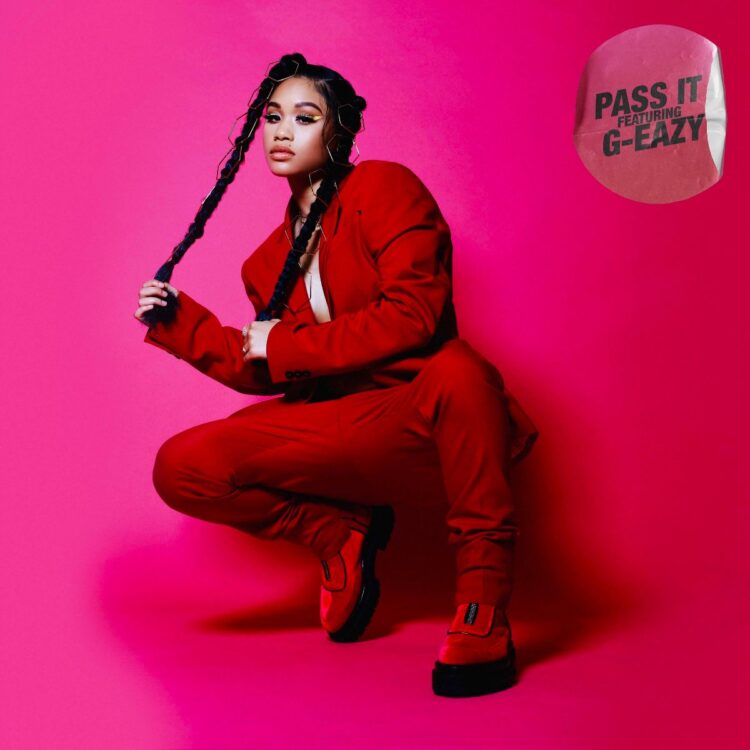 It wasn’t long ago when MK xyz was conducting experiments in a laboratory, as she pursued her biochemistry degree at The University of North Carolina at Greensboro.

Now, the Florida native can be found recording music in the studio. Her new audio product is “Pass It” featuring rapper G-Eazy. For production, MK enlisted Hitmaka and Chrishan to create a bass-heavy beat that complements her sonorous voice.

The hyphy-tinged track finds MK, who is a queer woman of color, trying to plot a one-night stand. “Yo, that ass fat too when she throw it / She gon’ lose her attitude when doors play / Tap in where you goin’ / I’m just tryna fuck, there ain’t no emotions,” she sings.

MK, who is managed by Tricky Stewart and is signed to Epic Records, tells Rated R&B the song was crafted last year while she was in Las Vegas for her 21st birthday celebration.

“I was in Vegas with Hitmaka and Prince Chrishan and literally we were just vibing,” she says. “Hitmaka was like, ‘You’re on the West Coast. It’s your birthday. It’s lit. Let’s just be on a vibe.’ We were at Palms [Casino Resort]. I was with all my managers and he played this beat for me. I was like, ‘This is definitely West Coast energy. This is how I’m feeling tonight. It’s my birthday, let’s turn up.”

“‘Pass It’ is energetically dominating. It’s very out there and definitely a sharp introduction to me. I was just like, ‘I’m fucking with this record.’ So, at that point, we were just like, ‘It would be dope to have G-Eazy, especially since he’s from the Bay. He got the Bay on lock.’ From there, it became magic.” She adds, “‘Pass It’ is more of the West Coast feel. I’m from the East Coast, so I bring that energy. It was just a groove.”

In Rated R&B’s interview with MK xyz, she explains the meaning behind her name, the concept behind her “Pass It” video, how she connected with Tricky Stewart and more.

What’s the meaning behind MK xyz?

It’s basically an extension of myself. Xyz is more of a community when I think of it. It’s basically a space for fans and people all over the world to connect. If you’re queer, if you’re a person of color, if you just have that part of you that you haven’t really figured out, it’s where you can define that thing.

Who are some artists who influenced you while growing up?

I’ve been a huge fan of people like Missy Elliott, Queen Latifah and Beyoncé. From a vocal standpoint, the oldies for sure: Sade, Anita Baker, Toni Braxton. I love singers with deep voices. I love male voices with a high range, so people like Maxwell. From a performance standpoint, Ciara, Michael Jackson, Chris Brown and Prince — those are the artists I grew up listening to.

The video for “Pass It” is out now. It appears to show you in different elements. What was your vision for it?

In May, you released a slow-burning song called “Lost.” What was your mindset for it?

“Lost” is my baby. I had an emotional time creating that one because ultimately the song represents getting lost. Whoever that is — partner, significant other, a friend — despite everything that is going on, taking time to just be still with yourself and get lost; that was the energy behind the record. It’s a safe haven for those who are feeling lost and feeling hopeless. That record is very special to me.

You’re managed by Tricky Stewart who has written and produced hits for many artists. How did you two end up connecting?

I met Tricky when I was in college through Instagram. I was posting a lot of singing videos and dancing videos — just different things out. He reached out to me and was like, “I love your vibe. We should definitely work together.” I ended up going to Atlanta, which is where I’m based now, and we made a few records. It was just the perfect fit from a sonic perspective, our personalities, everything around the board was just a perfect marriage. From there, he introduced me to a lot of people. I’ve gotten a chance to work with Pharrell, of course, Hitmaka, and G-Eazy.

From a writing and production standpoint, are you guys still collaborating on music or is it just a management situation?

We tap into a little of both. We always work on music but he also serves as my manager. I think that’s the cool thing because he’s an OG — getting a chance to learn about music from someone who has worked with Beyoncé, Justin Bieber, etc. He has a track record that speaks for itself.

You’re now signed to Epic Records. Is there anything you’re learning about yourself since being signed to a major record label?

For me, the biggest thing that I like to make clear is before I got signed, before I met Tricky and Red Zone, it was more so I knew who I was. It was nothing like, “I don’t know how I am as an artist, let me tap into this and this and this to figure it out.” It was always like, “This is who I am.” Now, I have a team around me that helps grow and develop that part of me. Now being signed, I still don’t feel like I’m trying to discover myself. It’s much like I’m using my voice as a platform. I’m using visuals for a platform for who I already am. It’s not like anyone is trying to be like, “This is what you’re going to do and what you’re going to say.”

What’s something you’re looking forward to in the near future?

I have a single with Lil Baby that will be next up. So I definitely wanted to drop that in your ear. He is so fun to work with.

Stream “Pass It” by MK xyz featuring G-Eazy below. 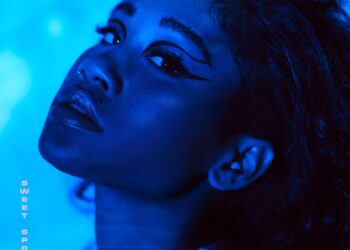 After releasing her summer banger "Pass It" with G-Eazy in 2020, MK xyz returns with her new EP titled Sweet...