Ella Mai Releases Music Video for ‘Not Another Love Song’

It stars LeSean Harris as her love interest.

Ella Mai is wasting no time getting back in the swing of things. Weeks after dropping her comeback single “Not Another Love Song,” the Grammy winner attaches an accompanying visual to it.

The video for Mai’s strongest radio contender since “Shot Clock” is everything one would expect from a glossy song about a bottle of unsure feelings for a desired partner; a shamefully enticing bedroom scene alone where she fantasizes about her dream guy to an ocean-lit frame that finds the two closely embracing each other.

“Not Another Love Song” is the first offering from Mai’s forthcoming sophomore album and follow-up to her 2018 self-titled debut LP. The album earned a hot spot on Rated R&B’s year-end best R&B albums list of that year.

Following the new song’s release, the R&B star stopped by The Late Show with Stephen Colbert to perform it for the first time. Revisit the live rendition of the new track here.

Watch the video for “Not Another Love Song” above. 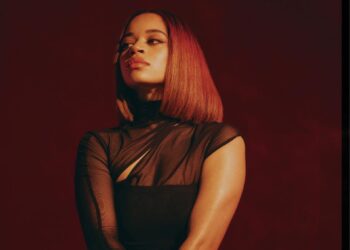