by Antwane Folk
in Interviews, Music 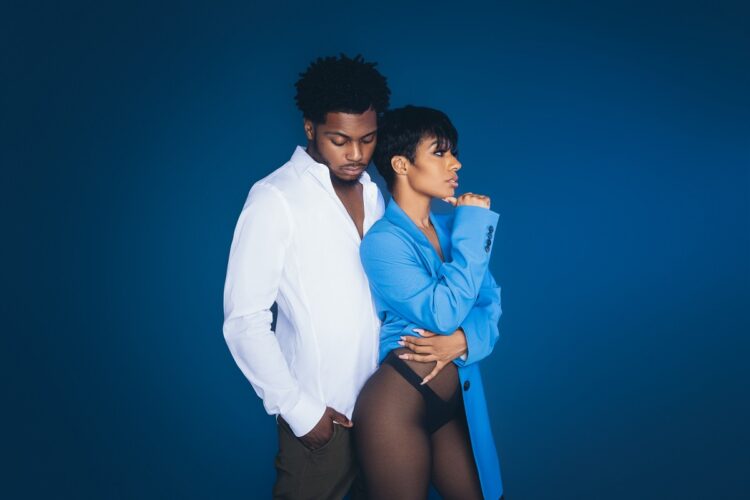 On a Tuesday evening in October, former teen R&B sensations Jawan Harris and Tiffany Evans are comfortably adjusting their camera in their car for a six o’clock Zoom call. The two, working now under the moniker Jawan x Tiffany, are smiling from ear-to-ear in appreciation for the support of Rated R&B. Their spirits also are high at the fact that they will release their first single as a promising R&B duo.

“Finally,” crafted by German producer Crazy T, is a seductive slow jam that is perfectly timed for the cuffing season. On the surface, this record starts off reminiscent of the golden age of R&B, until Tiffany stretches her earnest and lush vocal range on the first verse where she instructs her man on how to make the temperature rise in the bedroom.

Jawan inserts his melodic tone across the dreamy vintage beat, and offers his take on sexual gratification. The two reach a lovely vocal climax, before leaving an intimate memory in our minds.

Tiffany tells Rated R&B that the single, which the two wrote together, had been in the queue for three years after receiving it from Crazy T. Instructed by the producer to “just vibe with it,” she explains that she couldn’t narrow down one exact idea on how to execute the song.

“I just remember having so many ideas in my head, but I couldn’t really marry anything that I came up with,” she reveals. She also didn’t know if she should record it alone or make it a duet. She turned to fans on social media for their feedback. “I remember posting the track on Instagram and the response was crazy. I had Avery Wilson, Raheem DeVaughn under the post. Sammie was on it, like, ‘I need to be on it.’ Long story short, I sent the track to Jawan and it blew his mind. He was like, ‘Honestly, I think that this is the record for us. We need to do this.’ But it took three years.”

As far as the inspiration, Tiffany says, “It was based on the idea of love and where we were in our relationship when we actually first met.”

When asked why they decided on this as the first single as a duo, Jawan says, “I just felt like the title itself just spoke a lot. I think it said a lot because it’s like, finally music is out. Finally, we get to bring everybody into our world. It also was actually our first song that we really finished. Everything just came together so perfectly. I couldn’t ask for a better outcome.

Tiffany adds, “It turned out amazing. Honestly, like he said before, this is our best body of work that we’ve done even as solo artists.” What’s even more amazing is that the duo created their upcoming EP without any outside writers. And judging by the results of the first track “Finally,” they are well on their way to a great start.

In Rated R&B’s interview with Jawan x Tiffany, the R&B duo talks about what made them join forces, tease their forthcoming EP, plans for live shows, and more.

You guys were long used to making music on your own. What motivated you guys to transition from the solo route to the duo venture?

Jawan: Well, what’s crazy about that is, we actually started off helping each other finish each other’s solo projects. We started to fall in love with the sound that we were creating. Tiffany pitched the idea [to form a duo]. At first, I was nervous, because I haven’t dropped any solo music in a while and it’s been a while for Tiffany since she actually dropped a full body of work. We pretty much just kind of made that decision together and we started, and a full body of work just came out of nowhere.

Tiffany: We collaborated on a couple of songs together for our solo projects. Honestly, it really was supposed to be like one song each, but we just kept going on and on because we really liked the sound that we had together and how our voices meshed on a record. And it’s just kind of like when the pandemic came around, it hit us and it was like, you know what, during this time, like what, what could we do that will be fresh and different? Like something that’s outside of us, you know, the norm for us. And we ended up just joining forces with the whole duo thing. And now it’s a real thing.

Did you both find it easier to concentrate on working on music together versus being solo?

Tiffany: Absolutely. It’s definitely easier working together in a sense that two is better than one.  You’re working on working towards the same goal together. Both of you have the same passion and drive.

The year 2020 is unlike any other time to release new music, from the growing pandemic to civil unrest against unarmed Black people. What does it feel like to be releasing music in this climate as opposed to previous years.

Jawan: It’s a rush because it’s like, you’re not really sure how everybody’s going to respond because you have the election coming up and so many distractions going on and it’s like, as an artist, you want people to really dig deep and take time out for the music we put our time into. But I definitely feel like it’s a rush. It’s a great rush to me because it’s been so long for me already.

Tiffany: It’s nerve-wracking because it’s been a while for both of us. It’s been even longer for him. But it feels good at the same time because even though 2020 kind of sucks for everybody, we’re still doing what we love to do.

Jawan: Honestly, I’m really excited about this [collaboration] because this is, to me, our best body of work that we’ve created. I feel like there’s gonna be a lot of growth shown and I’m really excited for everybody to see that.

Are there any R&B artists that you guys are gravitating to these days, especially since the pandemic hit?

Jawan: I think Lucky Daye. I worked with him long before he stepped into his artistry. So, I really take my hat off to writers that are becoming artists. It takes courage. You actually have to take that leap of faith and have that confidence. But, to be honest, we kind of overplayed our own music (laughs).

Tiffany: I used to hate playing my records over and over. The only reason why is because my family used to play my music all the time when I was living with them.  They were playing my songs like every day. And I’m just like, “I don’t want to play any of my records.” But I feel like I’m back in a space where I’m actually proud of the work that we’ve done ourselves.

Jawan: For the first time, I haven’t gotten tired of our music (laughs). I think that’s a really great thing because that just lets us know that we’re leaning towards timeless records. We really aim to do that.

With live shows still on pause, many artists have turned to virtual performances to connect with fans. Are you considering going that route to introduce fans to your new material?

Tiffany: Yes, I would say absolutely. We are working on that now. I can’t wait to just announce it. We’ve been working with someone very special, specifically for Jawan x Tiffany, who believes in our vision. It’s something for the fans that can be virtual because we want to keep everybody safe. We want to kind of just see where everything is going before we step foot back out there in front of people. We’ll all know when that day comes that we can get back in front of everybody and what the necessary precautions are to take. But right now we have to kind of get with the times and kind of roll with the punches and set things up that they can still be a part of. 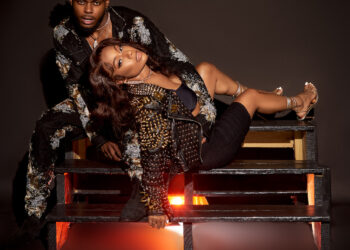 Jawan x Tiffany are back. The R&B duo, composed of Tiffany Evans and Jawan Harris, have returned with "Patience." The... 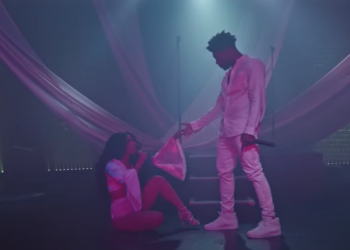 Jawan x Tiffany, composed of Jawan Harris and Tiffany Evans, show us what it looks like to have mics on...