Louis York, Jimmie Allen and The Shindellas Release ‘What Does Christmas Mean’ 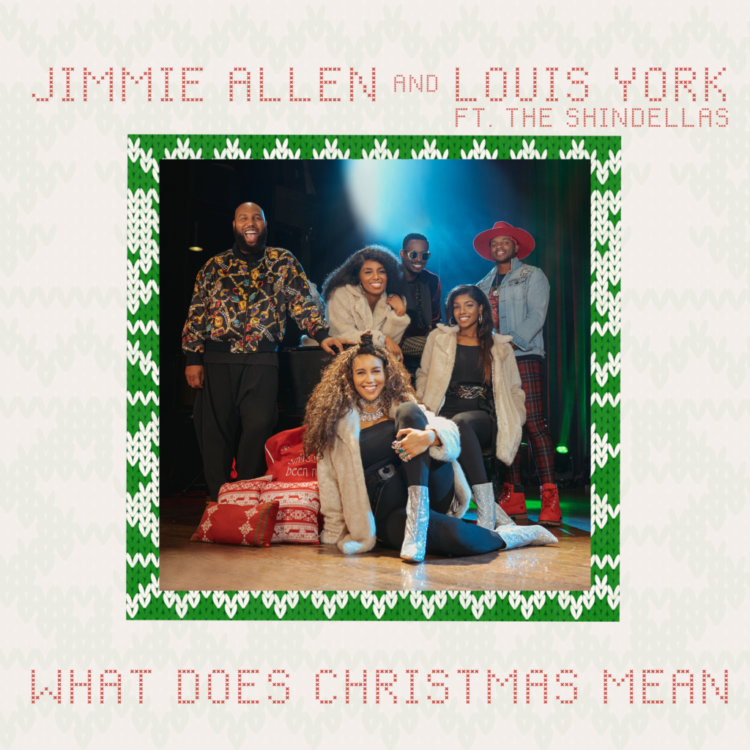 In 2017, Louis York (Claude Kelly and Chuck Harmony) recruited their protegé trio The Shindellas for “What Does Christmas Mean.” Three years later, they return with a reimagined version with country star Jimmie Allen.

“I am a huge fan of Louis York and The Shindellas. I love what they have to say musically,” Allen said in a statement. “And I am a big, big fan of Christmas — so being on this song with them is super special and fun.”

Louis York added, “We look forward to this time of year to share our favorite Christmas song with the world. This year is extra special because we get to do it with our good friend Jimmie Allen. After such a crazy year, it’s important to celebrate and find joy however we can. The magic between Jimmie, The Shindellas, and us is just what the world needs. We hope that this Christmas jam will make you dance!”

“Adding Jimmie’s flare to this modern Christmas classic is like putting the star on top of the Christmas tree,” The Shindellas said. “This song is guaranteed to get you out of your seat and on your feet for a good ole time!”

Louis York, The Shindellas and Allen will perform “What Does Christmas Mean” at the 93rd annual Nashville Christmas Parade, which will air virtually on December 5 at 9 a.m. on ABC Nashville.

Allen appeared on Louis York’s country-driven “Teach Me a Song” from their debut album, American Griots, which released in fall 2019. Meanwhile, The Shindellas appeared on “No Regrets” and “Love Takeover.” American Griots was among Rated R&B’s 30 Best R&B Albums of 2019.

Listen to “What Does Christmas Mean” by Jimmie Allen, Louis York and The Shindellas below.