Monica is starting to get used to the Black Twitter-adopted alias Goonica, as she unleashes her nonsense attitude in the music video for “Trenches” featuring Lil Baby.

In the simplistic visual, Lil Baby portrays a street heavyweight behind a major operation. He has his henchmen doing his biddings and keeping a watchful eye out for danger that might come his way.

Monica, who first enters the picture in an acrobat setting, catches up with Lil Baby in an abandoned warehouse to render her verse. The frame changes and finds Monica hosting a family and friends gathering that is almost cut short when flashing blue and red lights become visible.

Soon after, things get sticky for Lil Baby and his street dealings and could land him in serious trouble. Monica, or should we say Goonica is a quick problem solver. Watch the video above to see what she does to show her loyalty.

On November 29, Monica will be presented with the Lady of Soul Award at the 2020 Soul Train Awards. The esteemed honor follows the 25th anniversary of Miss Thang. We observed Monica’s debut album with a special editorial.

Monica will release her next studio album, Trenches, in 2021. As we await a release date, we compiled a list of everything we know about her first independent album. 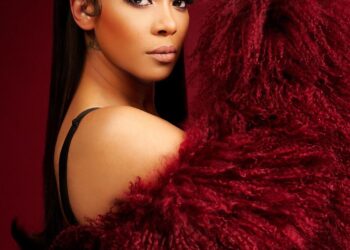