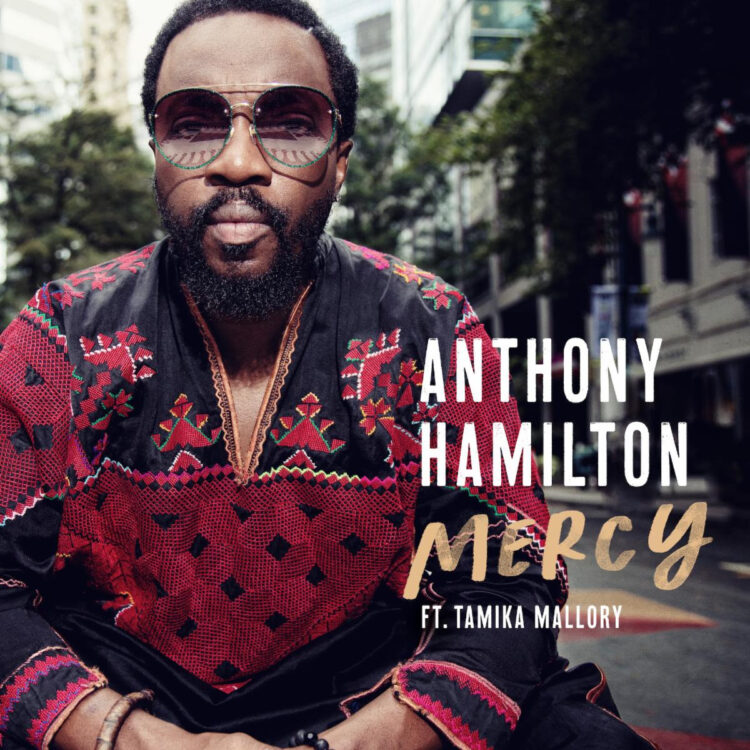 Black men have long been feared and seen as a threat to society for some of the most absurd reasons. As evidenced in recent years, particularly in 2020, Black men continue to be the unfortunate target of police brutality and discrimination in many forms. Anthony Hamilton is asking for the world to have some “Mercy” for his Black brothers on his new single.

The urgent soul track features social justice leader and activist Tamika Mallory, who offers positive reinforcement to Black men in the opening lines. Hamilton’s gospel-tinged voice soon follows and packs a powerful punch. Here, the Grammy-nominated crooner asks for leniency from those who haven’t felt or tried to understand the disadvantages of being a Black man in America.

In a press release, Hamilton mentioned that he wrote “Mercy” almost a year ago. “I wanted to use my ‘man voice.’ It sounds like a guy who is in an honest and vulnerable—but not weak—stance. Have a moment of mercy for the man telling the story, going through life, and facing these changes. It just so happened that with the pandemic and racial injustice, things started looking like the past,” Hamilton said.

He continued, “It was like the sixties were happening once more. We’re going into racial division. Black men are being killed. I’m asking, ‘Will we be an endangered species? Will we be attacked for the rest of our lives?’ Damn, we’ve been through enough already. At the end of the song, it mentions these days won’t last for long. There’s always a moment when it turns around for good. This is a song for every man—not just men of color—but any man who’s ever struggled, had the needs of his family on his back, and the pressure to make it happen day-to-day.”

“Mercy” is Hamilton’s second solo single of 2020, and his second track released on his new label My Music Box, in partnership with BMG. He previously shared “Back Together” featuring Rick James. The 9th Wonder-produced song peaked at No. 13 on the Billboard Adult R&B Songs chart in August.

Hamilton is working alongside Jermaine Dupri on a joint album. The So So Def hitmaker, who signed Hamilton back in 2003 and released his second and third album under the imprint, shared a studio session video teaser on YouTube. Watch it below.

Listen to “Mercy” by Anthony Hamilton below.