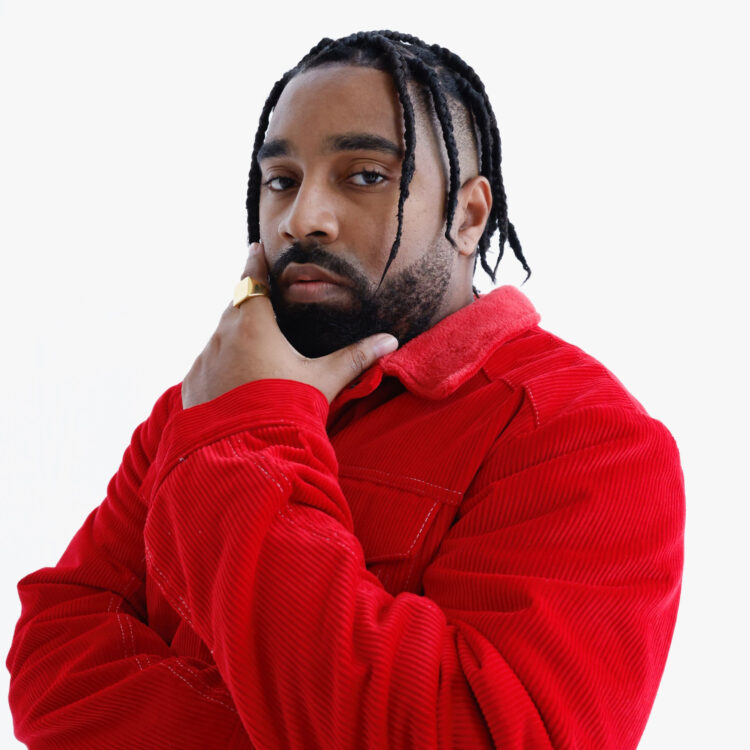 It’s a mid-afternoon in Atlanta and Dixson is maneuvering comfortably in his family’s basement. Decorated with wood paneling and vintage furniture, the room immediately gave a likening to the southern native’s singing voice; homegrown, familiarly soulful and soothing.

Growing up in the church like his mother and father, music had been a part of Dixson’s life since he was a child. Both of his parents were musicians, so their talents laid the blueprint for the singer, songwriter, producer and multi-instrumentalist.

Dixson had a strong belief that singing was a part of his life path. “I’ve been singing my whole life,” he tells Rated R&B over a Zoom call.

“I’ve been singing since I could talk, pretty much. I always knew I would be a singer. By the time I was like three years old, I was already humming along and singing with my parents, singing at church and all of that. I think it was kind of written in the stars for me to be a singer, for sure.”

Dixson’s earliest memory of being a singer dates back to kindergarten where, at the tender age of five, he performed a solo at his school’s Christmas program. He was intrigued by the standing ovation he received after his performance.

While that memory served as his first realized moment of being a singer, Michael Jackson’s “Thriller” music video solidified his decision to pursue singing as a career.

“My mom showed me that and I was obsessed,” he recalls. “I remember playing it back and just falling in love with all the details of that particular music video and the song itself. I might’ve been like 10 or 11 at that point when I saw that and decided then that eventually, if it was for me, then I would be a professional singer.” 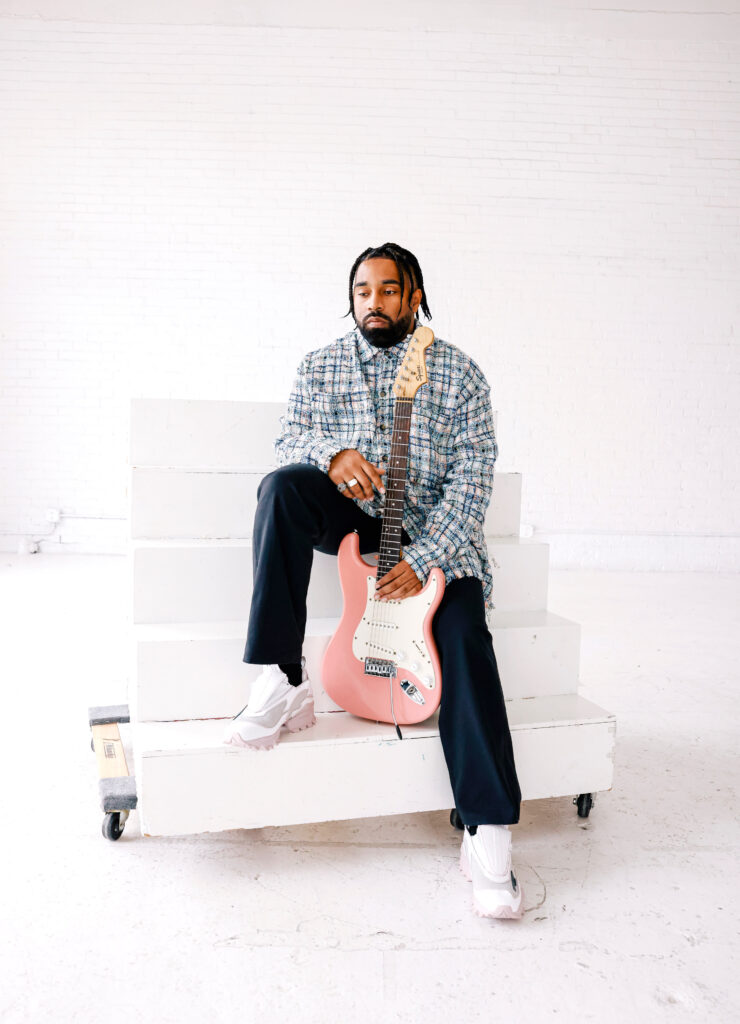 Music continued to follow him throughout his life, as he was heavily involved in the music scene at his alma mater, The College of Wooster in Wooster, Ohio. After graduating in 2013, he went on to independently release three gospel-steeped projects over three years: Masterpiece (2014), SALVUS, (2015) and The Tide (2016).

Continuing to release music, it was his appearance on season nine of The Voice, in 2015, where more ears and eyes began to follow the gifted artist. As part of Team Pharrell, Dixson secured a spot in the top 20 and gained fans through his spirited melodic tone but was unfortunately eliminated by episode 16. In auditioning multiple times, the opportunity to be on the show proved to be an incredible experience.

“I have nothing but joy when I think about the time that I was on there. I think one of the biggest takeaways from that experience was having confidence. Having Pharrell as a coach was an opportunity in and of itself. I was fortunate enough to forge a relationship with Pharrell after the show that has really been beneficial to my career. The show just opened up so many doors for me. A lot of dope opportunities came out of being on The Voice. I’m super grateful for the opportunity.”

After his appearance, Dixson decided to regroup and pour his energy into learning more about production and mixing. In 2018, he released Young. Making a concerted effort to present himself as an R&B singer, Young featured rock and country elements that added a protean-esque quality to the project.

“[With] Young, I was just kinda throwing paint at the wall. Obviously, I felt very confident as a producer to be able to produce those sounds. I was really trying to introduce myself and I think on a lot of those records, I tried to give my audience as much of me as possible.”

Between Young and his new project DARLING, Dixson fine-tuned his craft to figure out what type of artist he wanted to be. In addition, he utilized his talents to take on opportunities to collaborate with some of his musically inclined friends.

In 2020 alone, he provided backing vocals for Yebba’s enchanting single “Distance,” nominated for a 2021 Best Traditional R&B Performance Grammy Award. He also co-wrote and produced ten tracks for Chance The Rapper’s 2019 debut album The Big Day, which granted him the chance to be featured on the LP.

The impressive work he did on Chance’s album led him to be signed to Roc Nation in 2019, a moment Dixson counts as one of the most meaningful days of his life.

Fast forward to February 2021. The world got an official introduction to Dixson through his new project DARLING. The collection of seven tracks is an ode to women, inspired by the women who have shaped him.

“DARLING is a project that I dedicated specifically to the women in my life,” he explains. “My mother, my girl, my aunt (who we buried literally the day the project came out), my sister (who passed away during the process of making it). I’m from the South, so ‘darling’ is a term that we use out of love. It’s not something we use as disrespect. I felt like if I was going to make an album about women, I should use a term that holds a special place in my heart. So the inspiration for the album is women.”

In 23 minutes, listeners can expect an R&B project filled with repurposed elements and techniques that are allusive to the genre’s reign in the ’80s and ’90s, adding to the concrete foundation of Dixson’s sound.

DARLING is inspiring in ways that span from following your dreams to standing confident in all sides of who you are, by showing the deep appreciation he holds for the women in his life. The project starts off with the title track, an ear-grabbing rock & roll/gospel fusion that’ll automatically fill you with energy to take on whatever all your heart desires.

“There’s a lot of young girls in my family. Taking that image in my mind and writing a song like ‘Darling’ for the young women in my family, I felt like ‘What resonated with the young women in the world?’ Having a young girl hear, ‘You can do whatever you want,’ was a big deal to me. Even having older women hear that record, like my mom, who’s retired and may have put down her work dream, but might have this special goal that she’s had in mind, but has been putting on the back burner to sing a song like that to encourage her that she can do whatever she wants.”

The following track, “Every Little Piece of My Heart” almost didn’t make the EP. It truly would’ve been a shame to omit this fondly forthright number. Dixson recognizes how the damaging loss will affect him without the special women in his life.

“It’s a super vulnerable record from a male perspective saying that, ‘I’m recognizing that I have my own set of problems, but I’m not expecting you to solve it for me.’ Realizing that we [men] don’t always have our shit together. So what do we do if she leaves? Like, what is that going to make us feel? What happens to us?

Like many fans, a favorite song changes for Dixson with each listen. On the day of the interview, he recalled singing “Yours” featuring India Shawn a lot. The sultrily epicurean track brings up the topic of equal ownership and reciprocation when it comes to sex.

I think more than anything, that song became a big opening for me. Just as a man to feel comfortable enough to tell a woman that not only in this moment, do I possess you and I want to, but you also have that same right to my body and I liked that. I always knew I wanted a female vocalist on the record and India is one of my close friends. She pulled up to the studio and the verse that she penned is just so on time for where we are. I love that she likened her body to a temple. I think the song is respectful while also being a little nasty, which is cool. It’s a good balance.”

Aside from the heavy R&B influences, gospel is an essential tool in the sound of DARLING and for Dixson’s discography as well. His roots sprouted in the church and at times where he ran away from that part of him, he couldn’t deny that it was literally ingrained in him.

“It’s who I am. It’s how I grew up. I don’t even think about it when I’m making things, like, ‘Oh, I need to do these harmonies.’ It’s just kind of embedded in my DNA. I can’t run no matter how I try to differentiate myself from that space, I’m always connected to it. I think I started embracing it ‘cause I tried to disconnect from it but I always found myself back there. I listen to gospel music almost every day. So I love the fact that I’m able to incorporate it in cool ways and ways that people haven’t heard before. I’m very proud of my heritage when it comes to gospel music.”

When it comes to the future, Dixson is looking forward to releasing more music this year, including the project that initially got him signed. His music is a conduit for open communication and expression from a male’s perspective. Restoring the tender loving care that has been missed from the R&B male point of view, he’s keen on showing how he feels with the intention that his counterparts will do the same.

“Music is such a powerful tool. When people are listening to DARLING, I really want to encourage them to think of, obviously the women in their lives, but just take some time and like really, really digest what’s being said, what’s being played there and create memories with it. DARLING is just the beginning of many memories. I’m very excited about the path that I’m on and very excited about the missions that I’ve been given. I just hope more people come along for the ride.” 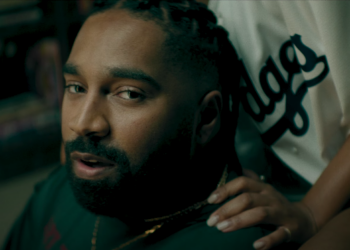 Front + Center artist Dixson has released a new video for his India Shawn-featured song “Yours” from his most recent... 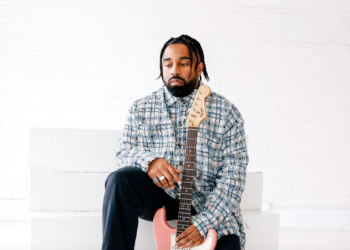