It was written and produced by Richard.

Dawn Richard is just days away from releasing her new album Second Line on April 30. The New Orleans native increases awareness for the LP with another new track called “FiveOhFour (a lude).”

For the fifth offering from the follow-up to 2019’s New Breed, Richard rides the bass-heavy beat, which she self-produced, to explain why she doesn’t operate on anyone else’s timeline but her own. She also big ups the energy of southern girls, citing that they’re the shit.

“I wanted something on Second Line that represents the essence of New Orleans,” said Richard in a press statement on the new song. “I want to collide grit with structure.”

“FiveOhFour (a lude)” was packaged with a video. Richard commented on the video as well in the official release.

“Performing this in NOMA’s sculpture garden was such a cool idea because I wanted our post-apocalyptic look to be in direct contrast with the beauty of the garden. We chose a more grunge choreography and enlarged the heads on our bodies as a play on rough against beauty, which to me represents the 504 perfectly,” explained Richard.

The new song joins the stage with the rest of Richard’s previously released tracks: “Mornin | Streetlights,” “Jacuzzi,” “Pilot (a lude)” and “Bussifame.”

“The definition of a second line in New Orleans is a celebration of someone’s homecoming,” said Richard in a press statement about the album title. “In death and in life, we celebrate the impact of a person’s legacy through dance and music. I’m celebrating the death of old views in the industry. The death of boxes and limits. I’m celebrating the homecoming of the Future. The homecoming to the new wave of artists. The emergence of all the King Creoles to come. This is our revival.”

Listen to Dawn Richard’s new song “FiveOhFour (a lude)” below. Watch the song’s video above. 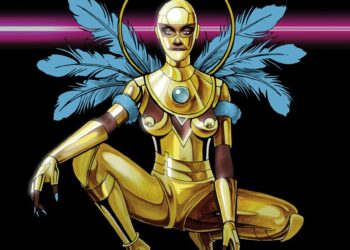 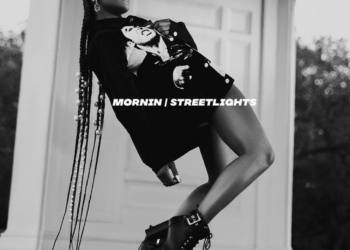 Dawn Richard's upcoming album Second Line is almost ready for total consumption. But before the timer sounds off on its April 30...