Jam & Lewis and Mariah Carey have reunited 22 years after their last musical encounter (“Thank God I Found You”), and the results sound pretty darn good.

The new song, “Somewhat Loved (There You Go Breakin’ My Heart)” is the second offering from the timeless duo’s pending debut album, Jam & Lewis Vol. 1, out on July 9. The words of this mid-tempo are relatable, wistful, and poetic, while the production is evocative of her Rainbow and E=MC² albums, respectively.

“Working with Jimmy & Terry through the years has been one of the greatest creative journeys I’ve ever taken. It’s a great honor for me to participate in this once-in-a-lifetime album,” expressed Carey in a press statement.

“Somewhat Loved” is an inspired, natural collaboration that should perform exceptionally well, especially for audiences at R&B radio who’ve recently connected with Jam & Lewis on a duo level with the Babyface-assisted “He Don’t Know Nothin’ Bout It.” It remains an absolute force in the top five on the Billboard Adult R&B Airplay chart.

Outside of Carey’s annual soirée of festive music and the recent Valentine’s mix of “We Belong Together,” the icon has stayed lowkey on the original sounds. She is, however, working silently on a new album where “stuff is happening,” as she put it on Instagram Live with D-Nice in March.

Back in May, Jam & Lewis celebrated the 30th anniversary of Sounds of Blackness and Ann Nesby’s hit song “Optimistic” at the 2021 Billboard Music Awards. Revisit it here. 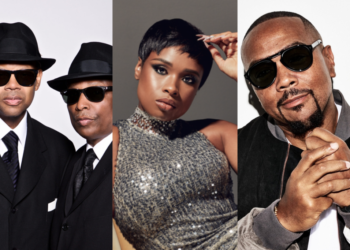