The uplifting song — written and produced by Jimmy Jam, Terry Lewis and Gary Hines — was performed at the 2021 Billboard Music Awards.

What the world needs right now is more love and inspiration, and Jimmy Jam and Terry Lewis assisted in spreading both at last night’s Billboard Music Awards. The legendary songwriting and production duo had some help from Sounds of Blackness and Ann Nesby, performing a stripped-down version of their hopeful anthem “Optimistic” remote from Prince’s Paisley Park in Minneapolis.

As Jam & Lewis shouted out in introducing the uplifting performance, the iconic song was written, alongside Gary Hines, 30 years ago. The inspirational track, taken from the group’s 1991 debut album The Evolution of Gospel, was described by Lewis in the monologue as a recording that highlighted “faith is key to make positive change.”

The inspiring words translated into a major hit for Sounds of Blackness and Ann Nesby, reaching No. 3 on the Billboard Hot R&B Singles chart. As for the album, it won a Grammy for Best Gospel Choir or Chorus Album at the 34th Grammy Awards in 1992.

In 2018, the encouraging song was covered by August Greene for his self-titled album. It featured Brandy, Common, Robert Glasper, and Karriem Riggins.

Many may be wondering why the performance is taking place at Paisley Park. It has everything to do with the song’s music video, shot there by acclaimed director Bille Woodruff.

He called it a “very special video and experience,” mainly because he was a “huge fan of Prince” and had the opportunity to amplify further what Jam and Lewis had contributed to the Minneapolis Sound. His connection to the group traced back to his faith roots.

“I come from a Southern Baptist background. I was raised in the church, and so I related to what they were all about. I love the Sounds of Blackness name and the whole historical context,” said Woodruff in a 2020 interview with Rated R&B.

For the concept of the video, Woodruff reinforced different forms of Black expression and cultural details such as African dance and spiritual singing. It was a vision he got from “listening to their album and understanding what they were about.”

“It starts with a prelude, which is another song ‘Change,’ an Old Negro spiritual about slavery. Then we go from that into the actual single. All of that kind of tied into what I studied in school and experiencing being a Black man in America, especially being from the South,” he added.

In discussing the video more, Woodruff revealed how it took a village to bring this video to fruition. “I did all the production design. We went and bought the fabric, me and my college roommate, and pulled that fabric down and painted the set. We rented the visors and all of that stuff.”

He continued, “The part where there’s a built guy, when I have the words projected onto his chest, saying the Blackness, he was on the football team at the University of Maryland [where he studied art and cultural anthropology]. So, that part I shot on Ridge Road because I was still in college. I still had my college roommates. We had this house we all lived in, and we shot that in our living room. It was all very hands-on, but it was a way of learning.”

Nearly 30 years later, Woodruff looked back at the shooting of the video and thought to himself that, “I was doing something powerful, and it just felt good. I shot it in Minneapolis at Paisley Park Studios, which was Prince’s studio. That was a whole another layer of excitement for me that we were doing it there. For me, it was like, ‘I can’t believe I’m doing this.'”

Watch the “Optimistic” performance above. 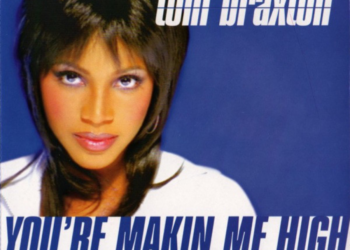 Sometimes all it takes is a change in image and musical direction to get the attention of the mainstream. That’s... 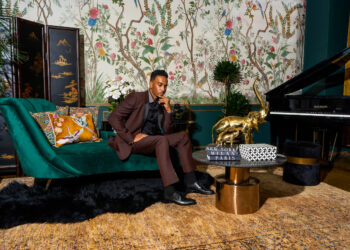 Toni Braxton’s “Un-Break My Heart” and “Just Be A Man About It” are the only two music videos by the...