Giveon Performs ‘For Tonight’ on ‘Fallon’

Givēon serves us a preview of what’s to come on his Timeless Tour with his debut live performance of “For Tonight” on The Tonight Show With Jimmy Fallon.

In front of a windowpane dawned with red lighting, Givēon, dressed in an all-black ensemble, stuns in-studio and at-home audiences with his stellar performance of the melancholy tune.

Givēon’s first live rendition of “For Tonight” comes just under a week after its official release. He begins a new era with this new song, following his certified gold compilation album When It’s All Said and Done… Take Time.

On November 28, the rising crooner will kick off his Timeless Tour in Detroit. He will visit other major cities like Toronto, Chicago, Atlanta, and Washington, D.C.

Watch Givēon’s marveling performance of “For Tonight” above. 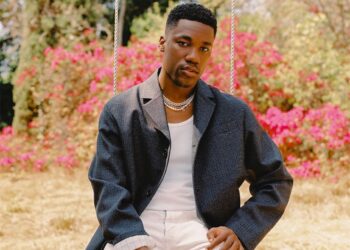 Givēon has been collecting awards from the Recording Industry Association of America (RIAA) all throughout this year. The Grammy-nominated singer...