The new song arrives with a companion video.

by Antwane Folk
in Music
Reading Time: 2 mins read
Share on FacebookShare on TwitterShare on Email

Kelis’ taste buds are to be trusted. The master of cuisine and delectable music has returned with her new song “Midnight Snacks.”

Over The FaNaTiX production of baby laughs and finger-snaps, Kelis is ready to roll over in bed in the wee hours and overindulge in the tasty eggplant of her lover. She promises not to “make noise,” but one can only imagine that her nibbles won’t be silent for long.

Discussing the concept of the new fridge-raiding single, Kelis shared, “I heard the beat, thought it was dope, and the first thing that came to mind was ‘Midnight Snacks.’ The FaNaTix were like, what are you talking about? And I was like, it makes you feel like a midnight snack! And that was it.”

She added, “It’s funny to me, but I like the fact that you can take sex and food, and you can put these two things together, and they’re totally interchangeable. I love that.”

“Midnight Snacks” arrived with a supporting video directed by Adrienne Raquel. Watch it above.

Kelis last released an album in 2014 titled Food. During her years away from music, she was involved primarily in business ventures centered around culinary arts, including a recent Netflix cooking competition show called Cooked with Cannabis.

She even had her rare 2001 album Wanderland added to streaming services for the first time.

Kelis also appeared on a handful of tracks starred by other artists, including Disclosure’s “Watch Your Step” and Ashnikko’s “Deal With It.”

Stream “Midnight Snacks” by Kelis below. 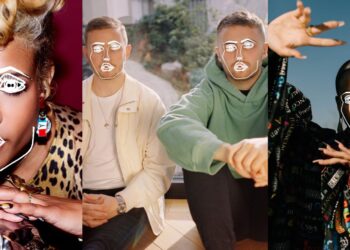 Kelis is getting into her TV bag. The “Milkshake” singer announced a brand-new Netflix cooking competition show called Cooked with...